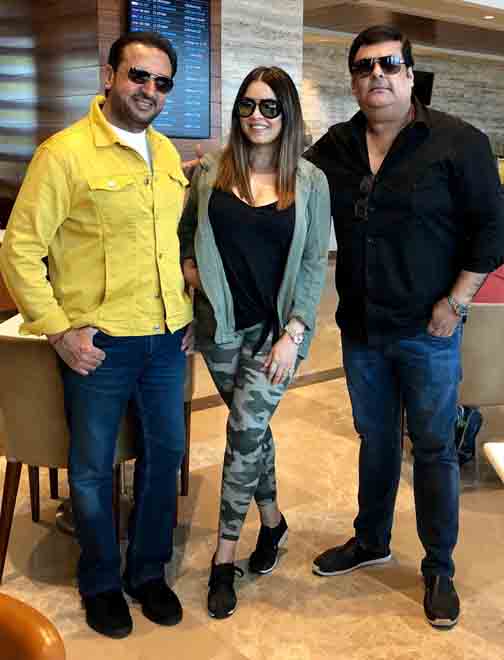 LUCKNOW, 7 Aug: Gulshan Grover presented a slice of life during the launch of his biography, Badman by Roshmila Bhattacharya, and published by Penguin, here, recently. The legendary actor, who was the first Indian actor to successfully enter and make it big in Hollywood, was in conversation with Pardes actress Mahima Chaudhary and award winning film-maker Rahul Mittra, both of whom are his close friends and feature in his biography, too. From a Hindi speaking student, getting admitted to the highly coveted Shri Ram College of Commerce, to making a mark in Bollywood as ‘Badman’ and doing films in the west, the talented actor said nothing is impossible. The bonding between the trio was evident as they left no stone unturned in bringing out the best of each other. Rahul Mittra, a well known speaker got a big round of applause as he narrated Urdu shayri and incidents from his 2013 film, Bullett Raja, which was entirely shot in Lucknow and in which Gulshan Grover outran Saif Ali Khan in a climax shot which was filmed at Hazrat Ganj. Prominent Lucknowites were present at this exclusive event, the prominent ones being Malini Awasthi, Mona Misra, Principal Secretary, Culture, Jitendra Kumar, Raja Randhir Singh from the Patiala royal family, Income Tax Commissioner Sushil Madhuk, Gaurav Prakash, Dinesh Sahgal, Nitin Mishra, amongst others.