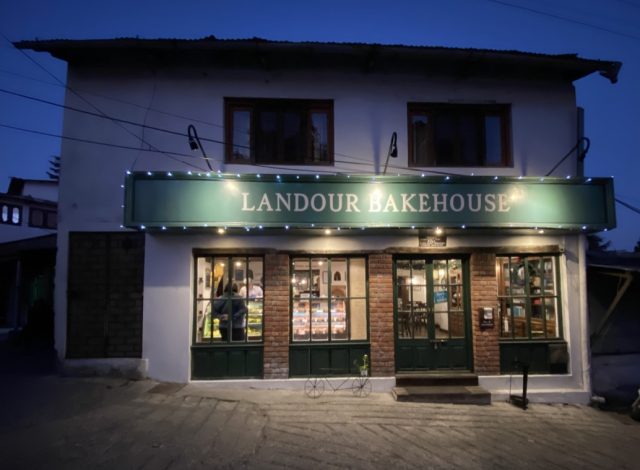 It does not matter where you happen to be. You will find all roads lead to Sister Bazaar’s Bakehouse. Visitors variously refer to as Bakery, Bake or even Breadhouse, and it has become Landour’s answer to Mussoorie’s Kempty Falls. 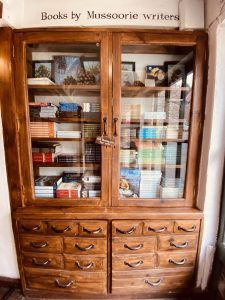 ‘One cold winter’s evening five years ago, Rakesh who ran a ration shop, called Munshi Mull Radhey Lal General & Provision Store (estd.1872) came to see us,’ recalls entrepreneur Sanjay Narang, who along with his talented sister Rachna, had set up one of Asia’s biggest on-flight catering business, other restaurants and hotels. 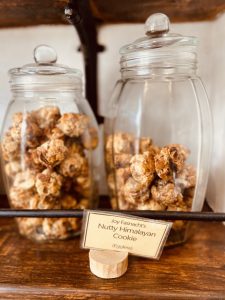 ‘Could we rent their shop?’ asked Rakesh.
‘What on earth will we do with it?’ The brother-sister exchanged glances.
‘Perhaps start a bakery. But there was a limit to how much flour, sugar, milk and baking powder one could sell? He lowered the rent, we added on a percentage.’

‘Who in their wildest dreams could have imagined what was waiting to happen? Of course restoration took time, what with the grubby ceiling sagging under the weight of a hundred years of cobwebs, dust and rat-droppings.’ Then Rachna’s waved her magic wand with her gift for details and created the Landour Bakehouse. The rest as they say, was a piece of cake.

For years, Landour has had an incredible mix of military doctors and nursing sisters, missionaries and Language School students, and Woodstock School parents and staff, who met at the Landour Community Book Club and occasionally exchanged international recipes. Who knew that their recipes when put together would bake Landour a better place? The typescript of the recipes were updated, revised and published as the Landour Cookbook, through five editions.

Bakehouse pays tribute to the ingenuity and effort of all these pioneers. Many of its desserts and puddings have been borrowed from the Landour Cookbook. The shop has been painstakingly restored to resemble an authentic nineteenth century kitchen where baked goods were made. The difference? Perhaps it’s the view of the Himalaya and the scent of the whispering pines that kiss the sky.

Landour’s milkmen have had a tradition of watering their milk. Norman Van Rooy, an old Woodstock alumnus, who grew up at Redburn Cottage in the 1960s, remembers: ‘My mother brought back a lactometer from America. The solid proof, shocked the milkmen though briefly. They soon learnt to add flour to increase the density of watered milk.’ Nevertheless, we are grateful to our doodhwalas. For more than a century, they have been plodding up and down the mountain, providing Landour and Mussoorie with milk of varying textures, and without their contribution half these dishes would not have been possible.

Our local bakers were a common sight up until the 1970s, carrying tin-trunks full of breads and confectionery; fudge, stick jaw, marzipan and meringues, on their heads. Most of them were from Ghogas, a tiny village forty miles from Tehri; their ancestors arrived in Garhwal with the refugee prince, Suleman Shikoh in the summer of 1658.

Over a hundred years, from 1850 to 1950, the missionary community in India, loved the hills and enjoyed a great standard of living. They certainly did not undergo any culinary hardships, as anyone reading these recipes will realize, whether they were on furlough or spreading the ‘good word’. The Landour Community Centre, in the 1930s saw a gathering of the faithful: the Presbyterians, the Mennonites, the Methodists, the Pentecostals, the Baptists and the Episcopalians sitting in the verandah, or cardroom and a library, consisting of books donated by members. Oftener than not, some of them contributed a recipe or two to the Landour Cookbook.

Abha, my sheet-anchor, swears by the cookbook’s mysterious powers, especially the tips on baking: ‘For leavening with baking powder or soda at 6,500 feet reduce from 4 tablespoons to one at sea level. Never reduce the sugar. Use the maximum amount of eggs and increase flour by one tablespoon for every increase of 1,500 feet.’

Like me, you too will learn that if you are downie eat a brownie and that life is short, eat all the cake you want and wash it down with special coffee brewed at Landour Bakehouse.