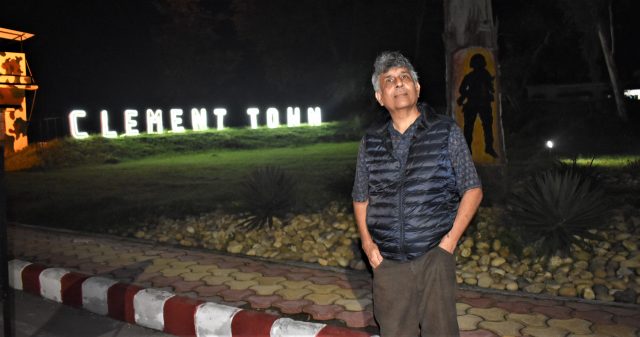 Once upon a time, Clement Town was a place where only foreigners and Anglo-Indians could buy property. Hence, a lot of them made it their home. Over the years the Punjabis trickled in. Some of them found the place attractive and recommended it to their relatives. A large number of Punjabi families who resided in Clement Town were related closely or distantly to each other. My father came to Clement Town and influenced our cousins, the Joshis, to do the same. It was the same with the Kalsis – they were a bunch of relatives, as was the case with Seth Panna Lal and the Mittals. Ditto with Jyoti Lala and the Jains! The main and side roads that ran from Subhash Nagar to the Post Office were flanked by huge bungalows. Everyone knew everyone!

There were a number of Garhwalis and Nepalese who resided in Clement Town – mostly on the Mohabewallah side, giving the locality a distinct flavour. There was also a substantial number of Muslims who lived on the Bharuwala side – especially Murrawala.

Another group which came into Clement Town were the Tibetans who had fled Tibet when the Chinese occupied it, and resettled in many parts of India – Clement Town being one of them. They brought with them a touch of ”Chinese” culture – Chhaang, Momos, Noodles (Thukpa), Jeans, Music (western) being an important part of it. They set up their colony beyond the local Post Office near the Air Force Selection Board.

The Army had their semi-open air theatre just down the road from the Victory Cinema where movies were filmed every Saturday. It was an eagerly anticipated day -everyone wanted to see the movie and be seen there. One could get in directly if one was an Armed Forces personnel, or as a their guest by buying a ticket at a very nominal price. I remember seeing a number of movies there – Haathi Mere Saathi, Sachaa Jhootha, Bhramchari, Qanoon, Aaarzoo, Dream Girl, and many more. Sometimes, when a popular movie was to be screened, we would lobby to get the tickets much in advance because there would only be a certain amount of tickets available. It was probably the only movie hall in India where no one ever whistled at a dialogue, dress, or a romantic scene. Only clapping – and that too very measured and dignified. When the electricity would fail sometimes there would be a collective ‘aaahh’– but no shouts or shrieks of “bhoot”. During the intervals, knick knacks, samosas and, on a cold night, a hot cup of coffee could be bought. It was a place where at least once a week everyone would dress up in their best clothes in an attempt to catch someone’s eye.

Sports and games were an important part of growing up and we learnt our cricket at the Dakota Grounds in Bharuwala. I learnt tennis at the Army Golden Key Club. I also drank my first peg of rum in it! There also was a swimming pool and squash courts where the legendary Raj Manchanda would play when he was posted there as a young officer!!

There were other grounds as well – one near the Victory Cinema, one near the Paris Estate next to the stream (oh so much like a English County ground) and one near the Society area near the pond in front of Khan Vilayat Ali’s house.

Sadly, there is not an inch of turf left there anymore. Flats, buildings and a University have swallowed Mother Nature’s bounty.

When I look back 50 years, my mind goes into a spin. Three Generals, IAS Officers, Journalists (Amreeta Cheema who not only was an international TV Broadcaster but also a Rhodes Scholar lived in Gunhill near Subhash Nagar), IITians (plenty of them), Musicians of international repute (Khan Vilayat Ali Khan, Bobby Cash, Shujaat and Zila), Police and Para Military Officers who had risen to the top of their pyramids, academics, businessmen who had stormed the bastions of international business, lawyers, doctors … the list just goes on and on. And all this coming from a locality which 50 years ago probably had a population of 5 thousand. It was a very special place. There was something in the water, the air, the culture of the place that pitch-forked its residents to commanding positions of authority.

Sadly, the Clement Town in which I grew up is dead. But not the memories. As I look back over my shoulders, I can see what Gulzaar Saab wrote:

Ah, to be in Clement Town of the sixties – now that the spring is here!!