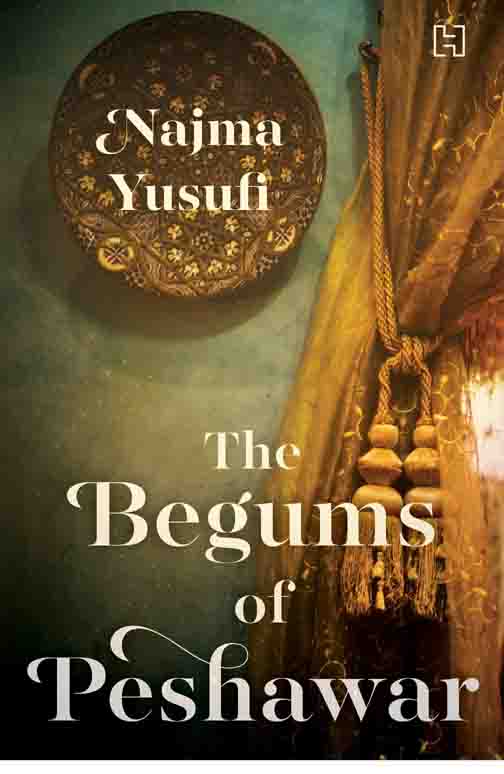 Excerpts from the interview with Najma Yusufi: 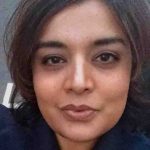 The Begums of Peshawar, despite being the elite had to face the same hardships as many women in our society. What would you say was the impact of being a Begum on their situation?

The primary impact was that we as normal woman would be able to retaliate whereas the burden of the role was so great there was never any acceptance of having a voice. A Begum always had to operate within the constraints of her role and with respect to her family name.

Your mother herself was a descendant of the Afghan royal family. Have the characters been inspired by her and her Durrani family? What was the process of research like for writing this book?

Writing this novel was a chance to give my mother a voice. My research was really all the memories of the stories my mother told me and the time I myself spent in Peshawar with my family there. Yes, indeed, my mother was from a noble family but by the time she was of marriageable age they had already left Kabul and were Royal only in name, then.

Although your book is fiction, it also reads like a memoir. How and when did you know that you wanted to capture this history through a novel, and what does it mean to you?

Giving my mother a voice has not only been an honour but also a cathartic life affirming action for me. She was nothing short of a life giver and a vessel of love. By the time I was older, there was barely any trace left of her royalty and I felt that it is a region that is so unexplored in the world that I felt compelled to do so.

You don diverse roles, being a filmmaker, author, academician and much more. We’ve also heard that you’ve studied oral traditions of storytelling. How important would you say retelling these almost forgotten tales is?

So, so important – in the South East Asian region, the literacy rate was low and remains challenged to this day. The only way that we would get stories, be it religious or simply fictional, would be by word of mouth. My grandmother telling my mother stories and then my mother telling me stories is what led to my book.

Your first book is an attempt to pay tribute to the Pathan women of Peshawar. You’ve given the women a voice, if we could say so. How has your experience as a first time author been?

It has been a sad journey that the literacy rate in Peshawar is so low that barely anyone but the rich have actually read the book there. However, my promotion in India was extremely enlightening and I met some wonderful people along the way. It was refreshing to see India so open and wanting to listen to what I had to say. I travelled to far off colleges in West Bengal region which was very amazing. The love and respect that the students (of the colleges I spoke at) will stay with me forever. I also spoke in Delhi and did various book signings in India – a brilliant journey.

Najma Yusufi is a film-maker and lecturer, and a descendant of the Afghan Durranis on her mother’s side. After completing her BA from the London College of Fashion, she worked for a number of fashion houses before beginning her foray into writing after her mother’s death in 2001, in an attempt to pay tribute to the Pathan women of Peshawar. She has also made films on the transgender community and the lawyers of Lucknow, India. She currently lives in Somerset with her partner and two daughters.

Garhwal Post has established itself as a credible, balanced and forward looking newspaper in India. Based in Uttarakhand, the daily is read by the aware, socially and culturally responsible, high-income elite of society.
Contact us: info@garhwalpost.in
https://garhwalpost.in/hookup-scotland/