Haridwar, 4 Dec: In line with its objective of achieving excellence in project execution, Bharat Heavy Electricals Limited (BHEL) has implemented an innovative boiler cleaning process for coal-fired thermal units, at NTPC’s 3×660 MW North Karanpura Super Thermal Power Project, being executed by BHEL on EPC basis.
The boiler commissioning cycle will reduce from 100 days to 80 days by successfully completing the main ‘Boiler Acid cleaning’ without its light-up, by using an Auxiliary Boiler. This innovative method is a major change in the commissioning process followed, so far, and will aid in early synchronisation of the unit.
Significantly, the process now successfully proven at the North Karanpura project, has paved the way to be adopted at other projects being executed by BHEL. The company declared 2020 as the Year of Transformation and has taken a slew of initiatives across various functions including for achievement of long term EPC excellence and the above success is another step in this direction.
BHEL has a proven track record in the supercritical segment and has successfully commissioned 23 boiler packages and 19 turbine packages in the ratings of 660 MW, 700 MW and 800 MW. BHEL has so far contracted 58 boilers and 53 turbine packages of supercritical sets including many on EPC mode, which is the most by any single power plant manufacturer. 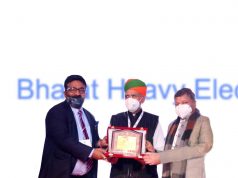 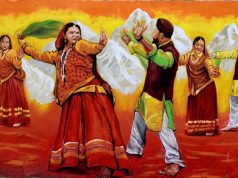