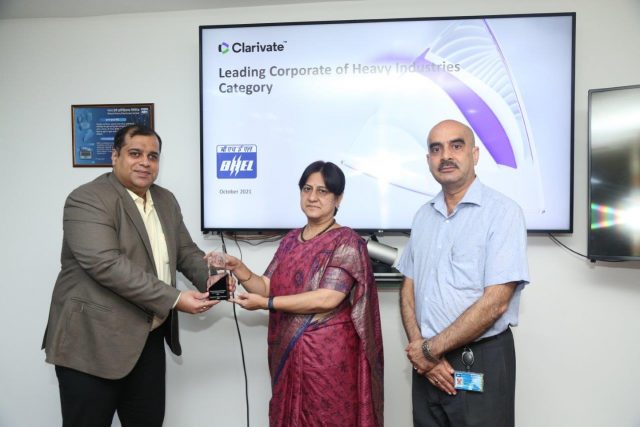 By Our Staff Reporter
Haridwar, 19 Oct: Bharat Heavy Electricals Limited (BHEL) has been adjudged winner of the Clarivate South and South East Asia Innovation Award 2021 under Corporations in India – Heavy Industries segment, recognising its efforts as a leader in Innovation, placing the company among top innovators in India. The award has been won by BHEL earlier in the years 2018 and 2020, also.
The Clarivate Awards were announced at the Clarivate South & South East Asia Innovation Forum, held virtually earlier. The award was received by Renuka Gera, Director (ISP, Addl. charge ER&D) on behalf of BHEL, from Rajat Sikka, Director, Intellectual Property Group, South Asia & South East Asia of Clarivate Analytics.