MUSSOORIE, 23 Jun: BJP workers observed the death anniversary of Dr Shyama Prasad Mukherjee, the founder president of Jana Sangh, here, today. The programme was organised at the Tilak Memorial Library, where BJP workers, following social distancing, garlanded the portrait of Mukherjee and recalled his life and works. They called all to follow in his footsteps.
Mussoorie BJP President Mohan Petwal and General Secretary Kushal Rana said that Shyama Prasad Mukherjee continuously worked for the integrity and unity of the country. Dr Shyama Prasad Mukherjee’s life was an example for workers. Mukherjee was the first to raise his voice against Article 370. He opposed Nehru’s policy of appeasement. He agitated in Kashmir and as a result, the permit system for Kashmir was ended.
It was stated on the occasion that, by removing Section 370 and 35 A from Jammu and Kashmir, the Modi Government had followed in Mukherjee’s footsteps.
Among those present on the occasion were Vice President Gambhir Panwar, Amit Panwar, Arvind Semwal, Cantonment Council Vice President Badal Prakash, Manoj Kharola, Sapna Sharma, Anil Singh, Ramesh Khanduri, Nakula, Abhilash Rana, etc. 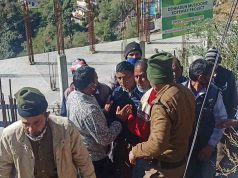 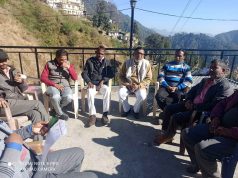 Sanitation workers to launch agitation in support of demands 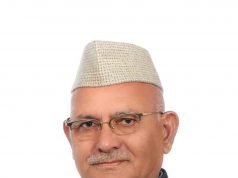