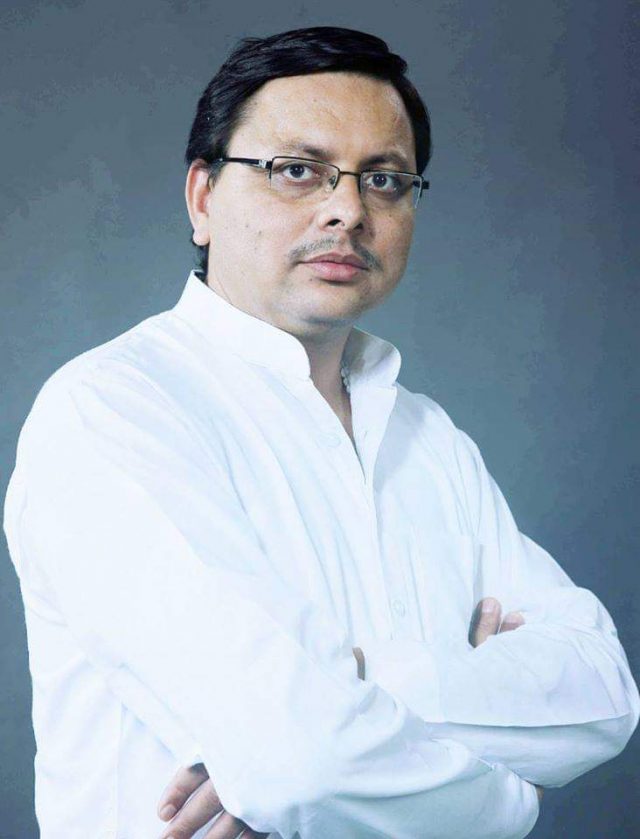 Dehradun, 3 Jul: Pushkar Singh Dhami’s name as contender for the post of Chief Minister of Uttarakhand had also cropped up four months ago, when Tirath Singh Rawat was chosen to replace Trivendra Singh Rawat. Though he could not make it then, his destiny presented him with a rare second opportunity when Tirath Singh Rawat had to resign allegedly due to impending constitutional crisis as he was not a sitting MLA. This time, fortune favoured him and he was able to beat senior leaders like Satpal Maharaj, Bishan Singh Chufal and Dhan Singh Rawat. Some other names which were doing rounds also included Ritu Khanduri who is daughter of former Chief Minister BC Khanduri.

Mulling on why he was chosen by the party over much more senior and experienced leaders like Satpal Maharaj and Bishan Singh Chufal, political analysts felt that Dhami had an image of being a dynamic and an aggressive leader. His proactive role was recently witnessed during the peak of second wave of Corona pandemic too when he was seen helping Corona patients get admitted to various hospitals and his efforts towards boosting health infrastructure in Khatima. They further felt that his aggressive image would help the party take on the Opposition in a much more aggressive manner in the upcoming assembly elections since the party felt the need to be aggressive rather than be defensive particularly after the change in guard and the need to convince the people why the party had to change guard in Uttarakhand.

They also felt that a young leader bode well for the party particularly as Dhami had a good connect with the youth of the state, having been president of Uttarakhand Bharatiya Yuva Janata Morcha (BYJM) and had experience in student politics while he was a college student in Lucknow being associated with ABVP.

However, having become the chief minister now, it will not be an easy going tenure, however short, for him. He just has 7 or 8 months to perform and to tide over the dent that the image of the party has taken due to political fiasco. About two months of the time left with him to perform, are bound to be of not much consequence because of Model Code of Conduct (MCOC) which is likely to be enforced at least 45 days before the polls that are due in March 2022. Dhami does not have much time to prove his administrative as well as electoral abilities, but would be looking to get on as early as possible. Hence, most likely, his council of ministers would also be sworn in very soon. It remains to be seen if he would prefer in concurrence with the party high command any new faces in his council of ministers and do away with any or some of the existing ministers.  To get full cooperation from his more senior and experienced ministerial colleagues will not be easy and it would rather be a test for him.

Another major challenge that he might face is the possibility of a third wave of Corona and he really needs very proactive cooperation from his party leaders, ministerial colleagues as well as the state bureaucracy to be able to effectively deal with it.