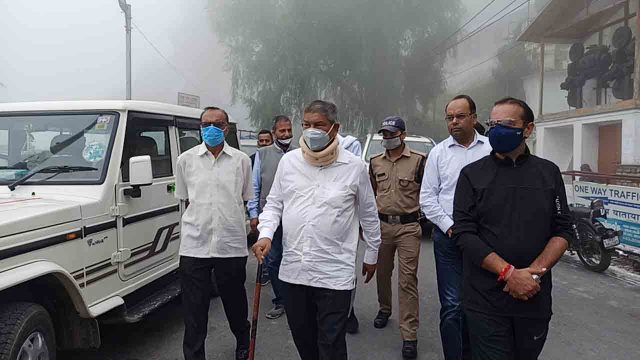 By Our Staff Reporter
Mussoorie, 3 Sep: Former Chief Minister Harish Rawat, while talking to media person here, today, said that, in 2016, BJP created instability in the state. Today, the BJP itself was facing political instability. He said that the corona epidemic was spreading rapidly in the state, unemployment was increasing and the government of Trivendra Singh Rawat had not given anything to the people of the state during the three and a half years of its tenure.
Due to the wrong policies of the state government, the unemployment rate in the state was higher than in other states; the economy was witnessing the fastest decline. Uttarakhand had overtaken the Himalayan states in the Corona epidemic as well. Harish Rawat claimed the Congress had never been in favour of political instability, but because of the wrong policies of the BJP, the condition of the state was worsening. Harish Rawat claimed there were no differences within the Congress, all the leaders and workers were working to strengthen it at their respective levels. The result of this would be seen in the coming elections.