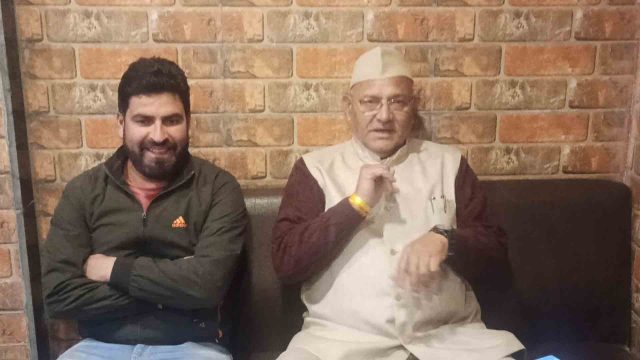 By Our Staff Reporter
Mussoorie, 23 May: State Vice President of the Uttarakhand Congress Jot Singh Bisht, while talking to journalists here, today, said that the BJP’s central and state governments had not made any preparations in the past to deal with the corona infection. The state government was busy with the Kumbh, while the central government was busy in the Bengal elections. No work was done by the BJP for the public wellbeing, due to which the corona infection spread rapidly in the country and Uttarakhand and hundreds of people lost their lives. He said that the BJP was busy making only announcements, while nothing was visible on the ground.
The black fungus had been declared an epidemic by Uttarakhand Chief Minister Tirath Singh Rawat but no arrangements had been made to deal with it. He said that Prime Minister Narendra Modi announced that a 30-bed Covid Care Centre will be established in each of the health centres of the country but no funds had been allocated for this. The health department did not have any arrangements to conduct covid tests in the primary health centres. In the rural areas, the Health Department did not even have team to take covid test samples, nor any labs for testing. As such, corona infection had spread rapidly in the rural areas. He said that the condition of the villages of Uttarakhand is worsening.
Bisht claimed that no concrete policy has been adopted by the central government to educate children on covid precautions and there was no connectivity in the rural and remote areas. There were no vaccines for the 18 plus category.

Garhwal Post has established itself as a credible, balanced and forward looking newspaper in India. Based in Uttarakhand, the daily is read by the aware, socially and culturally responsible, high-income elite of society.
Contact us: info@garhwalpost.in
expat meetup barcelona