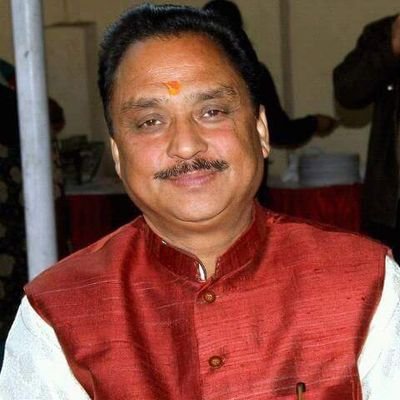 By Arun Pratap Singh
Dehradun, 13 Sep: The BJP’s strategy to bring in political leaders from Congress and other parties of Uttarakhand into its fold may have stunned the Congress leadership, but it is also ruffling feathers within the party itself. It may be recalled that Raj Kumar, Congress MLA from Purola, is the latest to have joined the party. Before him, it was the independent MLA from Dhanolti and former minister (in the Harish Rawat Government) Preetam Singh Panwar who had joined the party. Panwar’s entry into BJP has created some anguish within the party in not one but two Assembly constituencies. The reason is that Panwar may be the present time MLA from Dhanolti but has represented Yamunotri Assembly constituency in the past. Incidentally, Yamonotri is currently represented by Kedar Singh Rawat of the BJP who had also jumped over to the BJP in 2017 from Congress just before the Assembly Elections. Rawat has issued a statement already that he would be contesting from Yamunotri in 2022 at all costs. This is to tell to the party that he would not hesitate to contest as an independent or from any other party if the party decides to put up Panwar as the party candidate from Yamunotri.

At the same time, former MLA Mahavir Ranghar is the ex-MLA from Dhanolti who is also preparing to contest from there. Ranghar has never switched parties in the past and has always been a BJP worker and leader. He has issued a statement that he was hoping the party would again place its trust in him as he is a committed party worker. However, sources in the party have indicated that Ranghar, too, has in no uncertain terms made it clear to the party at an ‘’appropriate” level that bringing in the present MLA Panwar was not a good move and that “Panwar is already facing anti-incumbency” in the constituency. Sources further claim that Panwar is seriously contemplating contesting from Dhanolti again and not from Yamunotri, a constituency that he had abandoned last time for fear of losing. In addition, Kedar Singh Rawat is a formidable candidate and Panwar realises that.

Sources add that the party is still interested in including some more politicians including some present and past MLAS into its fold in the coming days. This is bound to upset more party leaders in the coming days. Speaking to Garhwal Post, a senior party office-bearer admitted that many in the party were not happy with the strategy to bring in more MLAs or ex-MLAs from other parties as it “amounted to ignoring the committed party leaders and workers”. He did not discount the possibility of some BJP leaders too going over to other parties before the polls.
Already in several constituencies, in 2017, several of those who won on the BJP ticket had joined the party before the polls. In Jaspur Assembly constituency, for example, Dr Shailendra Mohan Singhal had contested as a BJP candidate after being a three-time Congress MLA from there but had lost. Now, senior BJP leader Vinay Rohilla is lobbying hard to secure the ticket from Jaspur. It remains to be seen who the party obliges with the ticket this time. There is anguish among party leaders in many other constituencies as well. Umesh Sharma ‘Kau’, who is the current BJP MLA from Raipur in Dehradun had also jumped over to BJP in 2016 after having been a Congress MLA. He has still not managed to establish a rapport with the local BJP workers in his constituency and, every day, there are reports of some squabble in his constituency.
Anukriti Gusain, daughter-in-law of Cabinet Minister Harak Singh Rawat is also reportedly lobbying for the party ticket from Lansdowne constituency, from where Dilip Singh Mahant is the two time MLA from the BJP. It remains to be seen if the BJP is actually benefitted in the upcoming assembly elections by bringing ever more leaders from other parties into its fold or may have to pay a price as a result of a rebellion in some of the constituencies.