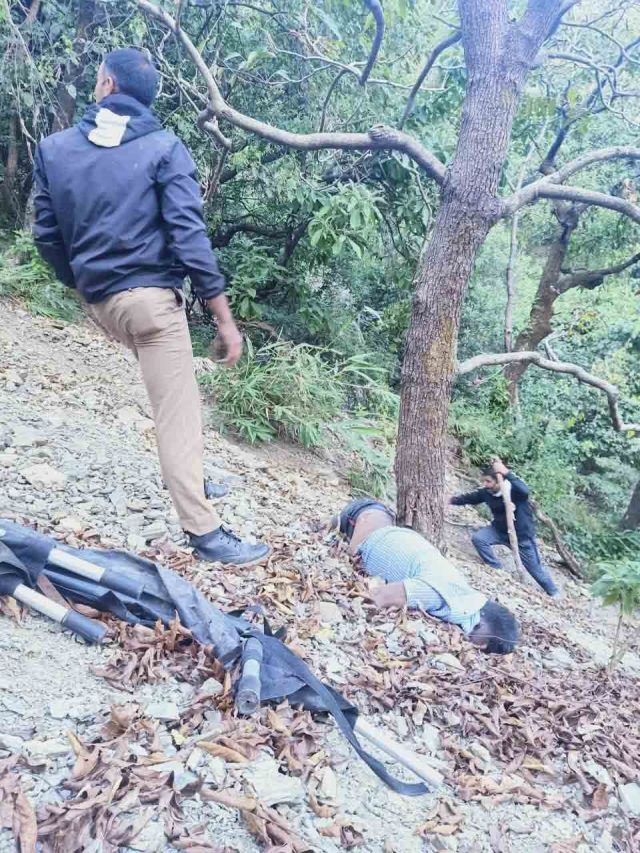 By Our Staff Reporter
Mussoorie, 9 Oct: On Friday, the body of a 22-year-old youth was found in suspicious circumstances in a ditch near the Kolukhet Temple.
After getting the information, officials of the Police and Fire Service under the leadership of Mussoorie Police In-charge Devender Aswal reached the spot. The body was recovered from the trench and sent to Dehradun’s Coronation Hospital. Two friends, who came to Mussoorie with the deceased, are being questioned by the police. The three youths came to Mussoorie from Haryana on 7 October. All three stopped to have food near the temple, following which the young man had mysteriously disappeared. His friends tried to find him over two days but, when they could not, they informed the police on Friday. Police found the missing man.
Devender Aswal disclosed that the deceased youth, Nikhil s/o Naresh (22), was a resident of Hissar, Haryana. He came to visit Mussoorie with his friends Anil s/o Baljit (34) and Ajay s/o Mahavir (35), also residents of Haryana. He said the matter is being investigated. The body has been sent to Dehradun for postmortem examination, while the two youths are being questioned.
Doubts arise because the incident occurred on 7 October evening, but the friends of the deceased reported the incident to the police at 4:30 p.m. on 9 Octoer. The question is whether the youth fell into the ditch because he was drunk, or he was murdered. Police are investigating the entire case.