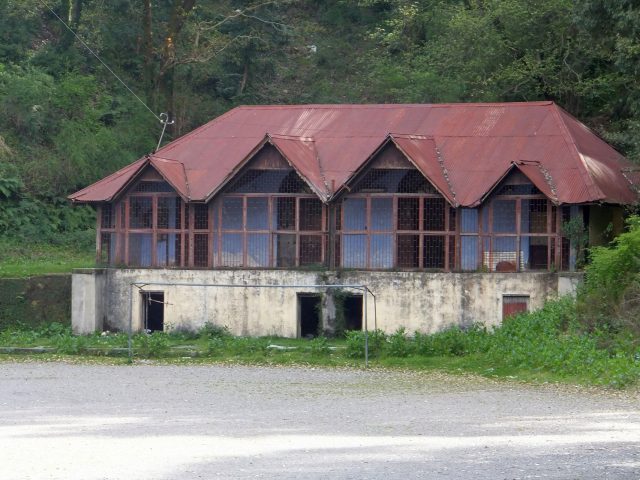 For years it has been a jigsaw puzzle defying an easy solution. Where did Maharaja Duleep Singh,  the last king of the Punjab, spend two years of his life in Mussoorie? You would be right to call it the monkey on my back. Especially when I look across the gorge below our home, I can see the bare outlines of a house atop a hill, veiled by a frieze of trees. It is the only place in the hill station that has been untouched by human hand over a hundred years, even as Castle Hill’s hundred and eighty-two acres live cheek-and-jowl with Landour’s narrow lanes. 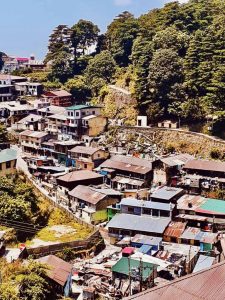 In the second week of May, came a sledge-hammer blow. News trickled in of the first case to test positive during the present pandemic in our hills. The shock waves sent the bazaar into a tizzy; shutters were downed;  the area was sealed off the area and the family whisked away to institutional quarantine. By the time the tests came negative, the damage had been done to expose our vulnerability to the virus. 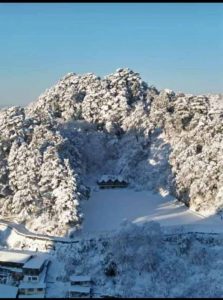 ‘Thank God for mercies: both big and small!’ Folks sighed. We hobbled back to normalcy, counting our blessings diligently not unlike the protagonist in Arnold Bennett’s Ricey Steps. This tale of two houses, Woodcroft and Green Mount, begins with an Indian Master Mariner, George Bladen Taylor, who levelled its grounds to give us Taylor’s flat, later turned into Survey Field where the town’s hockey, football and cricket tournaments are played.

Of course Pahari Wilson too gets into the story. He bought the estate in the 1840s, as one of our fluttering banks crashed. Litigation ensued but Wilson’s  logging left him with little time, and he engaged Henry Vansittart, the Superintendent of the Doon,  to take keep an eye on his interests. Apparently the old man did such a good job that  he ended up owning the estate ‘for a mere song’.

Our ‘Guides to Mussoorie’ tell us that by 1850, the place was readied as a residence suitable for a teenaged  maharaja. It was here the not-so-Honourable John Company cut him off from his family; from his roots and from his old associations. Instead  they tutored him in the white man’s ways. The rulers did not want to take chances of his becoming a rallying point for rebellious troopers, loyal to his late father, Maharaja Ranjeet Singh –  the last ruler of undivided Punjab.

From 1852 to 1853, ‘the little fellow’ made friends with boys of the Mussoorie Seminary, our first school English-medium school in the Himalaya, enjoying their company, and joining their amusements and delights.

Recently, the release of his tutor, Logan’s diaries threw a spanner in the works. He mentions levelling a field at ‘Manor House,’ that in eight different maps of hill station is St. George’s College, Barlowganj. This leads some to believe that the Maharaja was housed in Whytbank Castle, before being bundled off to England in 1853,  where he became Queen Victoria’s blue-eyed boy. By the time, he saw through the ploy, much had changed and it was too late. They had already annexed his kingdom; diddled him of the Kohinoor; plundered his wealth and cheated him every step of the way.

What recompense can there be for a life lost? Or for that matter in building castles in the air?

By 1908, the estate along with its eight houses: Dunedin, Dunedin Cottage, St Rogue, Hazeldene, Craignish, Abbotsford and Melrose, was bought over by the Survey Of India. Few in the station know that the hill to the north, within the estate was tunneled by a Pioneer detachment, designed to carry water from the sweet springs of Khattapani to the Kulri area?  All around me are deodar trees – those cousins of the  famed Cedars of Lebanon –  throwing a canopy over the two lovely walks along its circular roads drawing level with the gate before  wrapping their arms tight around the hill.

As I write, I know that though my monkey may be off my back, but the heart knows that the circus is still hanging around the hill station. The last word on this has not been spoken.

(Ganesh Saili born and home-grown in the hills belongs to those select few whose words are illustrated by their
own pictures. Author of two dozen books; some translated into twenty languages, his work has found recognition world-wide.)