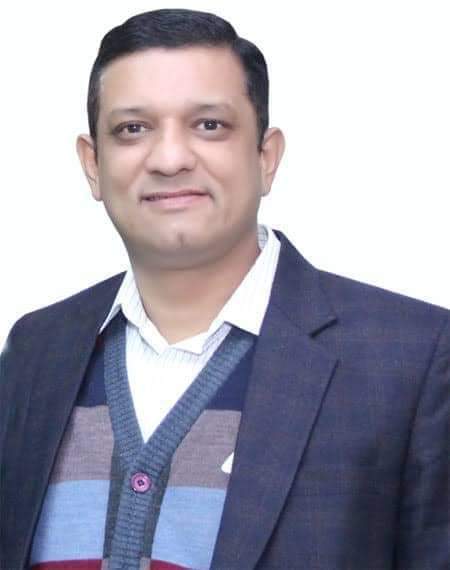 By Anurag Sangal
This was a triple whammy – the CA fraternity is bereaved of its ethical flagbearer; his countless students mourn their inspiring ‘Sanjay Sir’ and our State of Uttarakhand has lost its most promising and shining star.
CA Sanjay Kundaliya (20 July, 1971 – 4 May, 2021) lost his three-week battle against Covid-19 less than 3 months before his 50th birthday. But, while on this rather small journey of life, he has left an indelible impression and impact in the so many roles he created for himself as a model citizen – ethical professional, inspiring teacher, motivating mentor, thorough gentleman practicing good values and a concerned ‘Uttarakhandi’ visionary with actionable plans for the development of his native State.
He was a self-made man who worked very hard to set up his professional practice from scratch while still finding the time to pioneer structured education to many budding Chartered Accountants and others interested in pursuing a career in the wide fields of finance and accounts.
His ‘citizenry’ came to the fore ever since our State of Uttarakhand was carved out from UP two decades ago and, true to form, he refused to just opine while on the armchair or in a drawing room. He had thoughts, converted them to ideas, discussed with a select few, built groups, stepped out on the street, mobilised others and dared to ‘stand-alone’ in the electoral fields against the might and fury of the established political parties. He was not cowed down by the first loss and, instead, resolved to get organised properly and thoroughly to go on and establish the Uttarakhand Pragatisheel Party as perhaps the first and only registered Regional Political Party of our State.
His sudden and untimely demise is an irreparable loss not only for his family, which was yet to recover from the demise of his father, Hiramani Ji, who succumbed to Covid19 just about a week ago, but to the CA profession,  his legion of students and also our entire hill State.
The untimely demise of CA Sanjay Kundaliya this morning has shaken the CA community in Doon. He bravely fought the deadly Coronavirus for the last three weeks.
A gentleman to the core and mentor to many young CAs, he pioneered structured financial education for those interested in pursuing a career in finance. He was a  visionary with ambitious plans for the development of his native State, Uttarakhand.
He established M/s Kundaliya & Associates, his Chartered Accountancy firm in 1996.
CA Manoj Devgan is his partner, apart from Hitesh Negi, Ravinder Singh, Pradeep Kumar and others in office.
As a Mentor he had guided a large family of CAs, which is his true legacy.
CA Sanjay Kundaliya is survived by his mother, Madhu Ji, who is also Covid19 +ve and hopefully recovering in the hospital, wife Neelam and their children Soumya perusing graduation and Shriyansh who has just entered Class XII; fortunately, his two sisters Prachi and Anupama are both married and happily settled. May his soul rest in peace and He gives the bereaved family the strength to bear this pain.