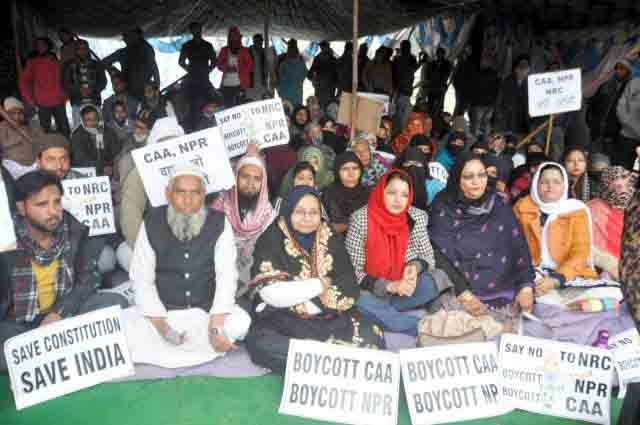 DEHRADUN, 28 Jan: Although the protest against the CAA in Haldwani was called off by Muslim women following the strict warning issued by Chief Minister TS Rawat, the dissatisfaction has not died down. Members of the Muslim community staged a dharna against the law at the Parade Ground here, today, despite the bad weather. A large number of women and children took part. They raised slogans against the government and demanded that the CAA and NRC be withdrawn immediately. They pledged to continue with the protest till this was done.