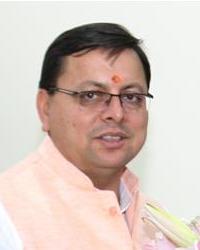 Dehradun, 19 Sep: Cabinet Minister Prem Aggarwal continues to make news, all for the wrong reasons, even after facing public flak and ire over making 73 appointments in Vidhan Sabha Secretariat while he served as Speaker during the period 2017-22 and also over his highly controversial decision to promote Mukesh Singhal three times in a course of less than a year and ultimately promoting him to the post of Assembly Secretary by ignoring the seniority of others.
The fresh controversy is related to his sudden decision to transfer as many as 74 officials of the Urban Development Department much after the transfer season had officially ended. 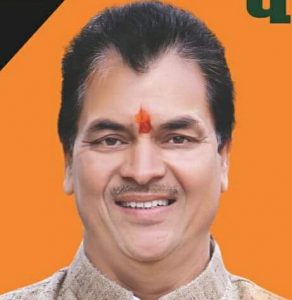 Not only this, even his current trip to Germany is facing flak on social media for several reasons. It may be recalled that Aggarwal is currently on a 7 day trip to Germany on a tour to study waste disposal. Sources claim that while Aggarwal’s trip was approved and well in the knowledge of the Chief Minister, some of the senior officials accompanying him had not completed the formality of seeking the mandatory government approval before any foreign trip. The trip is allegedly sponsored by a private company engaged in the work of waste disposal.

That such a large number of officials of the Urban Development Department were transferred at one go just a day before his departure for Germany raised political eyebrows. This is evident from the fact that the transfer orders were stayed the very next day by none other than Chief Minister Pushkar Singh Dhami. While the transfers have not been cancelled as yet, they have been put on hold and according to some highly placed sources, most of these transfers will ultimately get cancelled. Staying the decision of a senior cabinet minister by the CM indicates some serious differences of opinion between the CM and some of his ministers.

Sources claim that the inquiry being conducted by three retired senior bureaucrats on appointments in the State Assembly Secretariat is also making swift progress and the report is likely to be submitted to the government this very week. Sources further claim that some of the appointments made by Aggarwal or his predecessors as Speakers could not be justified at all, since permanent and interim appointments were made without advertising the posts and many of those who had been appointed had applied for posts on plain paper applications addressed to the Speakers concerned. Whatever the outcome of the report, a political storm is certain to gather after the report is submitted and is made public officially or is leaked unofficially. How many of such irregular appointments are finally affected due to the report is something which remains to be seen!