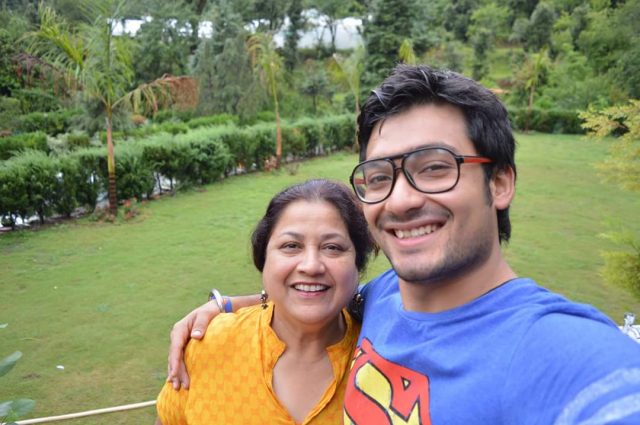 DEHRADUN, 28 Dec: Shivam is alumnus of The Doon School. His parents Saroj Pal and Capt. Sukh Pal live in Dalanwala. Shivam is based out of Mumbai and has been actively working in front of and behind the camera in the film and television industry since 2016. He has appeared in a number of commercials for brands such as Cars 24, ICICI Bank, Association of Mutual Funds in India, Bajaj Electricals and many more. His latest role is in the comedy – drama film Good Newwz directed by Raj Mehta. When we asked him about his character, he said “It’s an interesting cameo. I play a quirky driver who is also a caring father and a husband who knows his fair share about the female ovulation cycle”. Intended to be a comic relief, his character inadvertently shows what a better society with more empathetic men can look like.

When we asked him about his experience working with the stars, this is what he had to say, “The best part about the shoot was that there were only three actors on set at the time I was called. Akshay Sir, Kareena Ma’am and I. After waiting for a couple of hours I was called for a rehearsal in the stationary rigged car. Lo and behold, both these stars are sitting in the back seat of this car that is being “chauffeured” by me. We go over the lines a couple of times, then as I am leaving, Akshay Sir and I make eye contact and he beckons me and tells me with a big smile on his face – “You are doing good, keep it up!!.” Such a small gesture from him but It meant the world for me at that point of time. We shot the scene. Kareena ma’am and Akshay Sir were both very professional and warm with everyone on the set. I learnt a lot of invaluable lessons from these two megastars.” The film opened in theatres across India on 27th December, 2019.