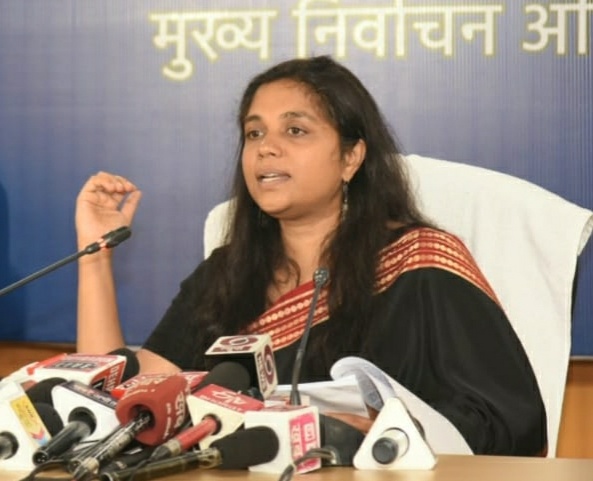 By Our Staff Reporter
Dehradun, 14 Jan: Chief Electoral Officer (CEO), Uttarakhand, Sowjanya announced today that the Election Commission has issued guidelines for publication of criminal antecedents by contesting candidates, under which each candidate would have to share information about his or her past criminal cases.
In a statement issued, today, Sowjanya said that all the candidates would be required to submit the information in a particular form to the Election Commission, which would carry full details of their criminal record. Not only the candidates, but the political parties would also have to share the criminal record of their candidates on their websites. Along with this, the political parties would also have to provide information about the academic qualifications of the candidates and their achievements. The candidates would be required to give wide publicity to their criminal background details thrice in local newspapers and national newspapers during the campaign period. Sowjanya said this exercise would be monitored by Returning Officers (ROs). The reports would be compiled by the District Election Officers (DEOs). This report would then be sent to the Election Commission through the CEO. She said that this was in compliance with the order of the Supreme Court, and the process of sharing information of criminal antecedents would have to be followed by all.
It may be recalled that District Magistrates are the designated District Election Officers (DEOs) of their respective districts.
Chief Electoral Officer Sowjanya also urged all the candidates and political parties to ensure compliance of this crucial requirement.