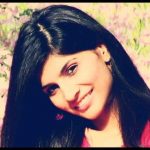 Many years ago, a man dreamt of a little world where children would blossom into beautiful individuals and where all fetters of traditional instructive education would be broken. Prof Lekh Raj Ulfat was born on 1 June, 1920, at the confluence of two rivers in the township of Dumeli, now in Pakistan. His education began at home and, then, in a local school. He obtained his higher education in Rawalpindi and Lahore University. As a young man, he was enquiring and curious about everything around him. He had a strong sense of independence and relied only upon himself. This year Nanhi Dunya celebrates his centenary year.

Of upright stature, long arms, often dressed in white Kurta Pajama and Black Achkan, thoughtful eyes, at times beyond space and time, he exemplified a strong character. He had a rich voice, was outspoken and immensely alive with joy and laughter as he always said, “Keep the child alive in you.”

He was spontaneous in action with a generous heart and had a firm belief in unorthodox cultural values. He encouraged the spirit of experiment and discovery. In the quest for freedom, he strongly felt that we could not ride our chariots on borrowed golden wheels. In his own words, “It is better to find the right relationships than imitate”. A conscientious student, he developed varied interests in medicine, philosophy, history and literature, especially poetry. He was a linguist with mastery over five languages. As early as in his tenth grade, he added a poetic surname to himself- Ulfat – meaning Love in action.

Prof Ulfat believed in universal ideas and a religion for him was service to the planet and its families. Minerals, plants, animals, and humans for him were all part of the cosmic family. He felt that religion was just a very small part of life and its purpose is to help life to unite neither on earth and neither more nor less. He used to say ‘jo dharan kerta hai wohi dharm hai’ – that which holds together and causes universal harmony is dharma. There are no conflicts in healthy spiritual practices.

His continuous social interactions and engaged spirituality led him to take many responsibilities. He gradually turned his revolutionary ideas into those of evolutionary nature. For three decades, he struggled with the poverty of refugees from Pakistan and helped them to rehabilitate and founded three Nanhi Dunya welfare centres. Around the same time, he got involved with trade unions, Tea Estates of Dehradun, and contributed immensely towards labour welfare.

While still in college, he joined the freedom struggle and had to escape to Dehradun before India’s independence to avoid the British police. In the year 1942, he came and made his place in the Doon valley. In the year 1944, his concerns for prisoners led him to enquire about their welfare. He constantly worked and suggested reforms in the Penal system and ceaselessly wrote to focus attention on their plight.

It was at that time he developed a serious concern for the problem of juvenile delinquents, which sowed the idea of an inclusive school that later took the shape of Nanhi Dunya. Nanhi Dunya, ‘The International Movement of Children & their Friends’, was established in 1946 and, in 1952, he was joined by his wife H Sadhana Ulfat. Together, they strove for the expansion of activities and evolution of the movement.

He included special activities for special needs at Nanhi Dunya centres. Later, it took the shape of Nanhi Dunya centers. Today, Nanhi Dunya conducts many welfare activates through its centres in Northern India and is connected with the alternative educational movement worldwide.

Prof Ulfat has written songs, stories, poetry and edited a monthly children’s magazine. He also edited two weekly journals – Nai Zindagi (New Life) and Nanhi Dunya monthly (little world). He travelled extensively in India and aboard, cultivated friends all over the globe. He had a deep respect for the West, but always felt that we in India must not imitate the west. The east and west must join energies for the development of the world. He felt material science has to meet with spiritual science and with newfound wisdom a harmonious world can be created.

He was elected twice as the Vice President and, later, the Secretary-General of the Indian Council for Child Welfare. He interacted with the then Presidents of India, Gyani Zail Singh and Shankar Dayal Sharma, Vice President Ramaswamy Venkataraman, Prime Ministers Indira Gandhi, PV Narasimha Rao, Rajiv Gandhi, Vishwanath Pratap Singh and many other eminent individuals who were associated with the welfare of children worldwide.

He was honoured with numerous awards by various governments and non-government organisation for his services to mankind. In 1989, he was recognised as a Nehru Fellow. However, his focus was to offer encouragement to others and remained a simple person who did not care much for awards. He believed that the human race couldn’t survive without a healthy natural environment. He said, “I would like to see Dehradun develop into a well-balanced city with endless greenery. It should remain the centre for holistic learning and organic living, where people of all cultures live in perfect harmony and are open to change according to the time. In 1991, Prof Ulfat left for the spiritual world. He was a constant source of simple ideas with a theme that ‘the ordinary has a potential for the extraordinary’. He still lives within us as a lighting spirit to do right and to be mindful.