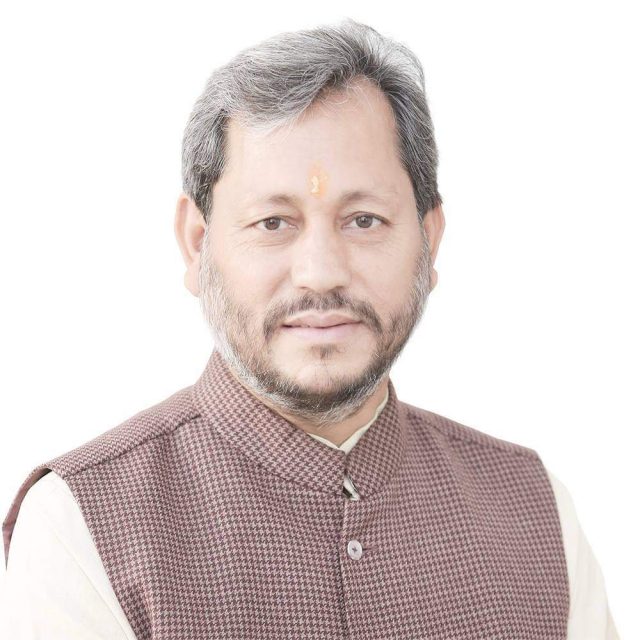 Dehradun, 18 Jun: Chief Minister Tirath Singh Rawat, who took over as CM on 10 March this year, will complete 100 days in power on 20 June. The change of guard in Uttarakhand by the BJP High Command was sudden and unexpected, particularly in view of the fact that the next assembly elections were due within a year. 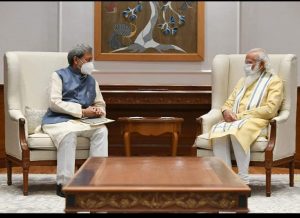 BJP leaders Narendra Modi and Amit Shah have not been known to change leaders often in the states despite clear signs of dissidence. With 57 seats out of a total of 70, there was a brute majority of the BJP in Uttarakhand, though some dissatisfaction was brewing against the then Chief Minister, Trivendra Singh Rawat. It came as a surprise also because Trivendra Singh was considered to be close to Amit Shah and Modi. Party insiders however now claim that change of leadership was on the cards in Uttarakhand and had been delayed due to the first wave of Corona.
Without much administrative experience behind him, since he has never been a minister before, Tirath Rawat was a surprising choice for the CM’s post. However, he was always considered to be non- controversial and easily accessible as compared to his predecessor. Soon after he took over as CM in March, he went into overdrive, reviewing certain decisions of his predecessor Trivendra Singh Rawat. The creation of a third commissionary by name of Gairsain taken by Trivendra Singh Rawat, a decision that was opposed by many as soon as it was announced, was overturned. Another decision that was overturned was on organising Mahakumbh. While his predecessor was in favour of much stricter and restrictive SOPs for the Kumbh, he went on to relax the norms and took upon himself the task of successfully organising the event. He also promised to review the decision to set up the Uttarakhand Devasthanam Board that controls the Char Dham shrines. He also declared that the powers of all the district development authorities would be curtailed and they would have no jurisdiction in rural areas. These two decisions announced soon after he took over have not seen any forward movement since. In case of the development authorities, though, a cabinet sub-committee has been constituted to study the issue and report to the government.
Of course, since he took over as CM, Tirath Singh Rawat had to deal with some unprecedented challenges. The biggest challenge was the second wave of Covid-19 as the state faced a sharp surge in Covid cases with the existing health infrastructure falling woefully short of capacity to handle the crisis. The surging demand for oxygen, ICU beds, oxygen beds and beds in hospitals to admit Covid patients requiring hospitalisation as well as emergency use of medicines such as Remdesivir proved a challenge. In fact, the CM himself tested Covid positive, though he continued to monitor the situation, while working in virtual mode. After he recovered from Covid, he became quite active and started touring the districts to personally review Covid management by the state and district authorities and after dithering on enforcing lockdown in the state, finally, decided to enforce a statewide lockdown on 10 May, which continues till now.
In such trying times, the government had to exert all its might to minimise loss of lives due to Corona. This resulted in extra efforts to expand the health infrastructure facilities in the state. In order to give relief to the general public, the government also took an important decision to distribute additional food grains for three months to more than 10 lakh ration card holders under the State Food Scheme. In addition, Uttarakhand was one of the states that declared it would vaccinate the population of age group 18-44 free of cost and a budget of Rs 400 crores was also provisioned for procurement of vaccines. However, since then, the Centre has taken over the responsibility of procurement and supply of vaccines for this age group for all the states. With health infrastructure having been boosted somewhat, the second wave of Corona has now abated and now less than 300 cases are being reported every day, down from a high of around 4,000 cases per day for several weeks.
Another praiseworthy decision of the Tirath Singh Rawat Government has been the announcement of Chief Minister’s Vatsalya Yojana, promising to take care of the children orphaned due to Corona. The government has decided to provide one-time financial assistance to grant relief to small businesspersons associated with the tourism business which has been severely affected by the Covid pandemic. Besides, the CM can also claim credit for ensuring a win for BJP candidate Mahesh Jeena in the Salt Assembly bypoll, which had been necessitated due to the death of incumbent MLA Surendra Singh Jeena. The BJP candidate won comfortably. The Kumbh was organised and the ruling BJP took credit for “successfully holding” it but, given the fact that large scale data fudging on Covid tests supposedly conducted has surfaced, not much political benefit will accrue to the ruling party.
With just about six odd months left for the new incumbent to be able to ensure some achievements and showcase his performance before the general elections, he has a challenging task ahead of him. His first hundred days in power have been a challenging time for him and these are expected to continue.
Given the fragile state of the economy, Rawat has begun meeting the Union Ministers with demands for relief and help for the state to be able to overcome the Covid induced crisis. Over the course of the next six months, besides winning his own assembly bypoll before 10 September so that he can continue as CM and lead the party in the elections in March next year, he has to ensure that the state is well prepared to deal with any possible third wave of the pandemic. He needs to ensure that the economy is back on track after the pandemic by announcing certain incentives. In case, the Char Dham Yatra is opened and tourism activities are thrown open post unlock, all the caution required for safety of people also needs careful handling.