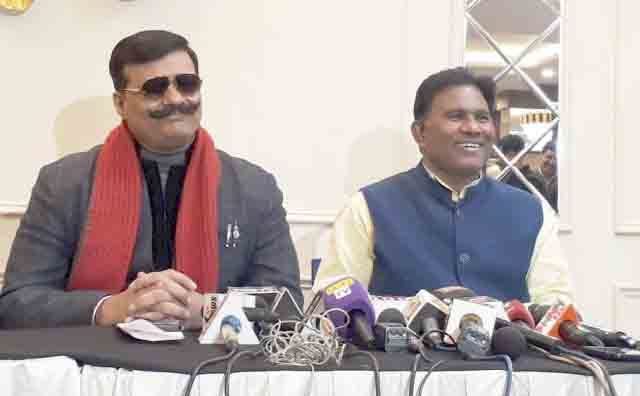 Dehradun, 1 Jan: BJP’s expelled MLA Kunwar Pranav Singh ‘Champion’ and Deshraj Karnwal, also a BJP MLA, announced a ‘patch-up’, here, today. It may be recalled that both have been embroiled in major disputes with each other. They held a joint press conference at which they embraced to end the animosity.
They also announced that the cases they had lodged against each other would also be withdrawn. With this, it is believed among political circles that Champion would be re-inducted into the BJP. According to sources, Champion had been in contact with the Chief Minister over the last couple of days in this regard. Deshraj was asked to make up with Champion, which would open the way for the latter’s return to the party.
Deshraj said on the occasion that he was a loyal party worker and would follow the directions of the leadership. There are those, however, who believe that, going by the temperament of both MLAs, future flare-ups could not be ruled out.