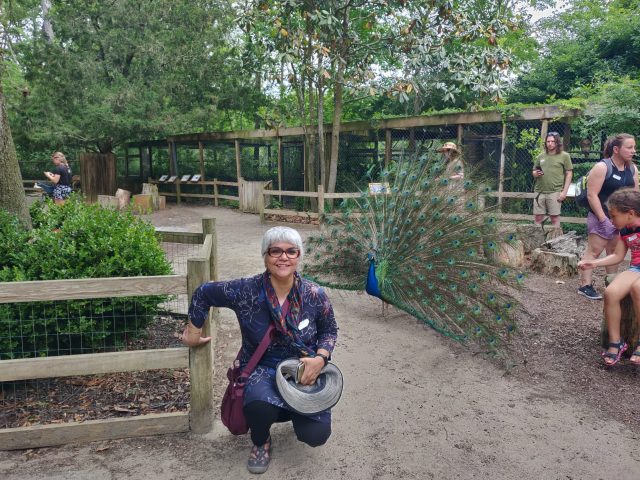 By Roli S
It’s in those quiet little towns at the edge of the world that you will find the salt of the earth people who make you feel right at home.
While driving through the Eastern Coast of the United States from Raleigh to Miami, I was eagerly waiting for a town called Charleston (SC) because whenever I think about it, I am reminded of the most famous lines of the movie, “Gone with the Wind”, when Rhett Butler turns and faces Scarlett O’Hara, saying, “Frankly, my dear, I don’t give a damn….” Everyone remembers that line. But it didn’t end there. The complete quote is: “I’m going back to Charleston, where there is still a little grace and civility left in the world.”
Well, though this was a movie and the quote just by a fictional character, yet my excitement knew no bounds to see this city in these modern times, because what I had heard about Charleston was simply amazing.
Charleston is all about history, and the intersection of culture in America. What do Edgar Allen Poe and FlavorFlav have in common? They are both from Charleston. So did John F Kennedy and Blackbeard the Pirate, Samuel Morse and Stephen Colbert. And that’s just for starters. Want some real starters? Consider that America’s first free library was established in Charleston, in 1698. In 1735, opera was first performed in America — in Charleston. Built around 1741, Middleton Place is the oldest formally landscaped garden in the United States. America’s first public museum opened in January 1773 — in Charleston. Want some other firsts? America’s first prescription drugstore (1780), first golf course (1786), even America’s first scheduled train service (1830) — all started in Charleston. Isn’t it amazing for all the firsts?
No matter what time of year you travel to Charleston, be prepared to be colourfully entertained. This is a city that thrives on myths, legends and miracles. If you visit in April, May or October, the weather is at its best, when it’s not too hot or humid.
Besides all the history, what I really enjoyed were the famous Magnolia Plantation and Gardens of Charleston.
Yes, Charleston’s plantations and real plantation homes/grounds are from an earlier period in American history. The long history here includes the Civil War, but nothing looks like “Gone With the Wind!”
Magnolia Plantation is located just a mile down the Ashley River Road.
Nowadays Magnolia Plantation offers a romanticized, theme-park homage to the way things were for Charleston’s gloriously wealthy families before the Civil War, with some added goodies for the historically disinclined.
I found that the petting zoo at the Magnolia Plantation has an adorable pig, pygmy goats and many peacocks, but no obvious link to the plantation’s past. A tour through the property’s lush and swampy gardens aboard a motorised cart focuses on the alligators hiding in the fallow but dramatic rice fields, ironically not on the slaves who sowed the original seeds and dug the original ditches.
Magnolia was constructed by Thomas Drayton in 1676. The Drayton House Tour, a residence belonging to the Draytons of the Magnolia Plantation, while worthwhile, was again all but devoid of mention of the slaves, save for a guide telling us of “a wonderful relationship between the Drayton family and the slave families for, really, 200 years.” In fact, the fully restored house is not the original homestead but, rather, a hunting lodge that the family bought downriver from the town of Summerville immediately after the war. The place has been stuffed with antique furniture, paintings from the period and, inexplicably, a 1950s porcelain collection.
The Romantic Gardens of Magnolia are said to be among the last of their kind in the United States, and their magnolias and live oaks laze beside the alligator-infested water as if to tell you they were here before you and they will be here after you.
It all does bring to mind Scarlett O’Hara. It all really got me thinking.

Garhwal Post has established itself as a credible, balanced and forward looking newspaper in India. Based in Uttarakhand, the daily is read by the aware, socially and culturally responsible, high-income elite of society.
Contact us: info@garhwalpost.in
https://garhwalpost.in/websites-like-megapersonal/ uk mature dating sites