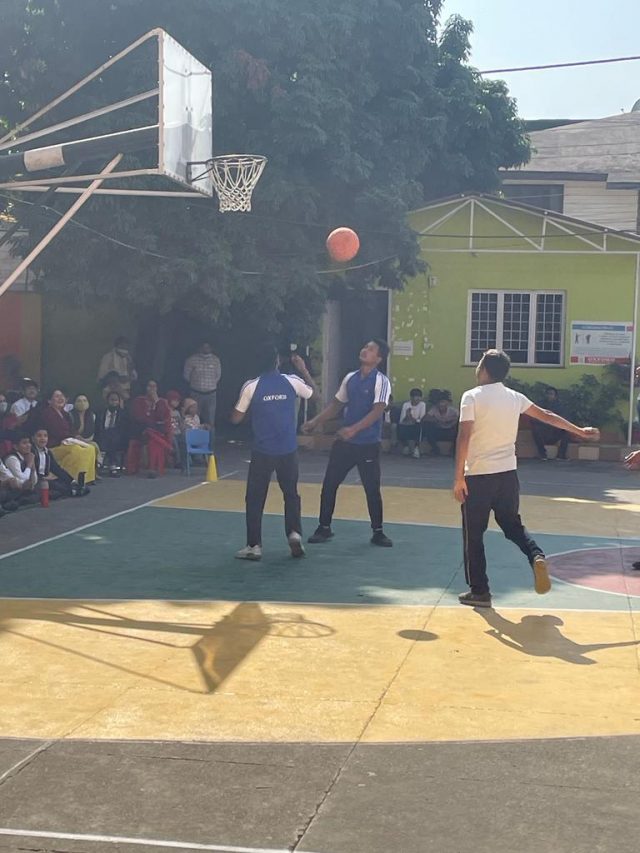 By Our Staff Reporter
Dehradun, 12 Nov: Children’s Day celebrations were held with great enthusiasm at Oxford School of Excellence, here, today. It began with a teachers’ assembly. They were cheered by the students when they came in a line holding the school’s banner. The Morning Prayer was followed by a performance by the school choir of ‘We shall overcome’.
There were also various entertainment programmes and games. These included races like Pack the bag, Arranging Vegetables, Spoon and Lemon, frog race, sack race, etc. Children appreciated the effort put in by the teachers to entertain them.
In the later half, a basketball match was played between Class XII boys and male teachers. The boys won with a big margin. In the Tug of War, teachers gave a tough fight to the boys and girls and won both the matches. The day came to an end with presentation of cakes to winning teams and prizes to each winner. Every student received chocolates from the class teachers.
In addition to this there was a Gymnastic Show.
Principal Rachana Srivastava said that the love and care given to children, today, regardless of their social and economic status, would bloom as the fate of the nation tomorrow.
Directors Capt Mahendru and Ranjana Mahendru communicated their best wishes to the entire staff.