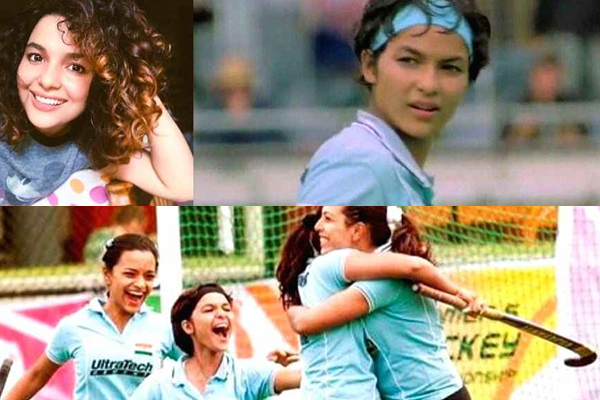 Chitrashi Rawat who became extremely popular for her portrayal of hockey player Komal Chautala in Shah Rukh Khan’s 2007 sports drama ‘Chak De! India’, turned nostalgic on the film completing 14 years of its release on August 10.
Talking about the same, Chitrashi told IANS: “It feels great when people remember you and your film. The film impacted a lot of people in a very positive way. Even now people encourage players saying ‘Chak de’! It feels great to be a part of something so iconic!”
How does she plan to celebrate the day? “Every year on the 10th of August, we the girls get on a call and share our old stories what all we used to do on the sets, it was a lot of fun! August is a special month for us, all the girls!” the actress informed.
Chitrashi made her Bollywood debut alongside Shah Rukh Khan, who played the Indian women’s hockey team coach in the film. The actress is keen on sharing the screen with the superstar once again.
“I really hope so! It will be amazing to work with him again because, I feel now I’m probably much smarter and evolved. When I worked with him, I was really young and had no idea. However, I learnt a lot by observing him. It will be all the more fun to work with him now!”
On the work front, Chitrashi features in the latest television series titled ‘Zee Comedy Show’.

Garhwal Post has established itself as a credible, balanced and forward looking newspaper in India. Based in Uttarakhand, the daily is read by the aware, socially and culturally responsible, high-income elite of society.
Contact us: info@garhwalpost.in
https://garhwalpost.in/dating-agencies-in-manchester/ single christian dating app