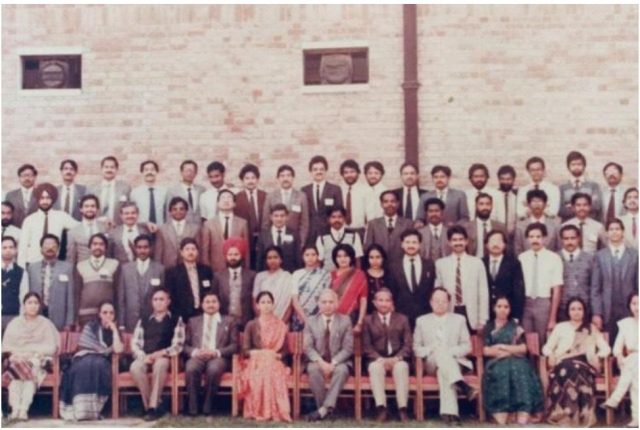 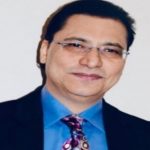 Few people, even within ONGC, know that Club of ‘85 is the name coined by the first batch of Graduate Trainees (non-technical) recruited through an all-India competition and trained at (what is known today as) ONGC Academy, Dehradun, and Management Development Institute, Gurgaon, way back in 1985. 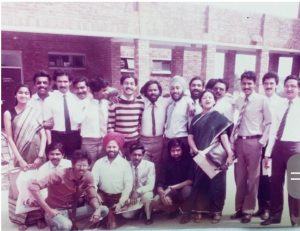 I am proud to be a part of this vibrant group that has created history by producing many of the best leaders within the organisation in recent times. The current officiating CMD of ONGC and Director (HR), Dr Alka Mittal, happens to be our batch mate. Prior to her, Mr DD Misra, Director (HR), was also from this batch (he was also my room-mate during training period). So is Mr Manoj Barthwal, Head-ONGC Academy, Mr Somesh Ranjan, Chief-CSR, Mr R Guhan, Chief of Marketing, now. 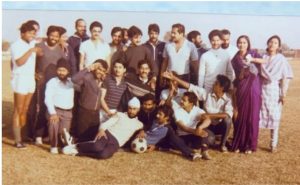 A GT recruitment advertisement in 1984 had caught my attention. The basic pay for new entrants was Rs 1130 (much more that Civil Services, then). I resigned as a Civil Services probationer to join ONGC. It was very difficult to get my resignation accepted by Ministry of Home Affairs, New Delhi, since we were appointed on behalf of the President of India. After waiting for hours, the dealing Under Secretary told me, “Young man, people are ready to pay money to get into this service and you want to leave it?” I requested him to help me. My probationer-colleagues in Civil Services retired as Additional/Joint Secretaries in GOI and I do meet some of them even now. When I look back, ONGC was a great experiential journey for me and I never regret that decision. 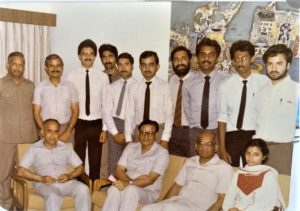 It was the vision of leaders like the late Col SP Wahi (then Chairman) and the late Mr R Srinivasan (Member-Personnel) who decided to inject new blood in the ONGC’s human resource management and work culture, despite a lot of resistance from the old stalwarts at junior levels (who understandably saw us as a potential threat to their career advancement). Our batch joined by December-end of 1984 but we were given the joining letters from 1 January, 1985 (hence the 85’ batch).

Mr Srinivasan wanted this group of young executives to take over vacant positions on account of massive retirements in the near future. He also expected his chosen group to raise the benchmark of performance and assume important leadership roles in the organisation in the long-term.

It was not going to be an easy task. He designed a rigorous three months’ Multi-disciplinary Field Familiarisation Induction training in MDI, Gurgaon campus (which was in the midst of a jungle then). We all were required to be in the field for jogging, PT/yoga at dawn in the cold winter January mornings followed by theoretical class-room training in all aspects of oil industry. Weekly tests were conducted. Guest lectures and impromptu cultural evenings were almost routine. Our dress code was formal. We could not enter the cafeteria or the class-room without a tie; the idea being to instill a sense of discipline and camaraderie in the group.

I did not realise that induction training was such a serious affair in a PSU and that Mr Srinivasan meant business. It was painful for many of us to abandon the cozy beds and venture out in the freezing cold for exercise so very early in the morning. My room-mate was a yoga enthusiast. Whenever I would open my sleepy eyes, I saw him doing “shirshasana” (head stand) in the dark. I plead guilty to having initiated him into drinking in MDI (where drinks were prohibited but we smuggled beer bottles into our room balcony wrapped in newspaper through a local staff named Gopal).

In the very second week, I was late for the PT attendance that earned me a “pink card” and the displeasure of big boss. Luckily, the “pink card” (symbolic of negative scoring) was withdrawn after I did well in a weekly written test. That “pink card” was a real wake-up reminder and a lesson that changed me forever for the better. I became and continue to be a very punctual person even today.

We were 70 plus trainees coming from diverse backgrounds housed in MDI, Gurgaon, with hostel rooms on twin-sharing basis. Soon, several groups and sub-groups evolved. We made new friends. We were not allowed to leave the campus. Mr Srinivasan had his own trusted informers in the premises to spy on our activities. Besides, he was a very sharp person himself. On top of it, he would make surprise visits anytime of the day to make sure our training was progressing smoothly. He spent a lot of time and energy on this group. No wonder his expectations from us were also very high.

After field training (that took us by road to different ONGC locations), our postings were announced. The group members were distributed to different work stations of ONGC. I got posted to Dehradun (then headquarters) and had the privilege to work directly with Mr Srinivasan as part of his (MSG) Management Services Group (by virtue of topping the batch). It was an intense, challenging, eventful and enriching one year working under Mr Srinivasan (before his superannuation).

He was a hard task master with a soft heart. I had two other GT lady colleagues with me in MSG. Despite being awfully busy himself, he ensured we were kept busy with creative assignments. Once he called all three of us to his room. Before uttering a word, he gave two white handkerchiefs to my lady colleagues saying, “You will need them”. Then he fired us one by one for not meeting his expectations. He literally made them cry and I did not have any courage to look up. At the same time, he was also very caring towards us. One day I could not attend office because of high fever. He sent a bouquet of flowers to my house with a personal message. Indeed, he was “human touch” personified.

Time flew by as we kept going up the ladder and moving to different work centres. There was initial resistance from older promotees in some quarters but when they found that we were respectful, inquisitive and eager to learn, their apprehensions gave way to team-work. The Club of ‘85 members had a different approach to work and by virtue of their knowledge and performance, they created a positive impact and soon became a “wanted” commodity in the organisation. Wherever we went on transfer, out batch mates were available to help us settle down and take over new responsibilities. The bonding created by Mr Srinivasan got cemented over the years.

No doubt there were pockets of competition and sweet professional rivalries but the group dynamics was too strong to create long-term friction. On the contrary, some of us had forged close family relationships. We often met not just as Club of ‘85 GTs but as families (along with wives and children). The Club had grown and matured. During my days in Dehradun and Baroda, we often met for parties, birthdays and picnics.

This story is not just about a bunch of people who worked/work for a great organisation. It goes on to show how an organisation is bigger than individuals, how it is important to work as a team and not as independent silos (howsoever bright one might be), how hiring is not enough but caring and motivating them is critical and, finally, somebody has to be glue to hold the flock together by laying a strong foundation of lasting friendship, synergy and sense of belongingness.

Each one from this group must be having a story below his/her sleeve, the story of their journey, challenges, contribution and achievements that made some difference to the organisation. Each one of them is a gem, a reservoir of talent and knowledge that can be harnessed even today to motivate young executives.

More than a dozen of us left ONGC for different reasons. Some left very early on, some later. Most are leading retired lives and some have graduated as grandparents. One of our dear batchmates, Nandu (Narendra Sharma) sadly left us very recently for his onward journey in the other world. He was our youth icon, a live wire, brilliant guy, great friend who knew how to put a smile on our faces. We all miss him. I miss you Nandu.

Most of us live in India, some abroad. We have two WhatsApp groups, one dominated by politico-literary discussions, another indulges in just pure fun. Some are active on social media, some passive. But most importantly, we are still connected, still bonded, still close friends…as if it was yesterday once more.

(Alok Joshi is an HR Advisor, freelance writer and author of “12 Sweet and Sour Years in China”)

Garhwal Post has established itself as a credible, balanced and forward looking newspaper in India. Based in Uttarakhand, the daily is read by the aware, socially and culturally responsible, high-income elite of society.
Contact us: info@garhwalpost.in
surprise date for boyfriend