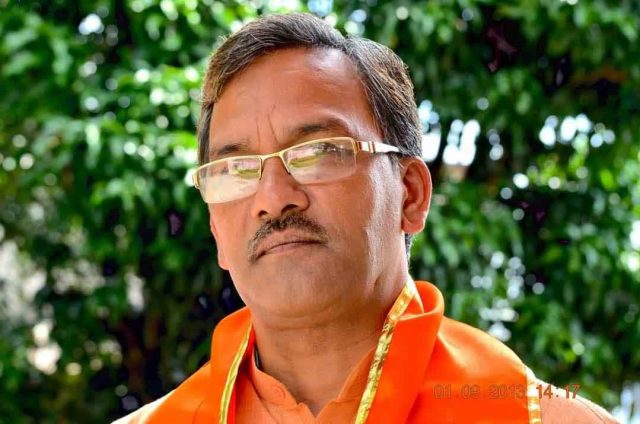 By Our Staff Reporter
Dehradun, 14 Sep: The first meeting of the “Chief Minister’s Advisory Group; was held at the Secretariat under the chairmanship of Chief Minister Trivendra Singh Rawat, here, today. This Advisory Group has been set up by the government to promote innovation, start-ups and entrepreneurship in the state. The objective of the group is to develop a favourable ecosystem in the state for innovation and entrepreneurship, encouragement of research and development of new products, services, business models besides development of appropriate policy plans and necessary support systems.
Chairing the meeting of the group, CM Trivendra Singh Rawat stressed on greater focus towards self-sufficiency and the need to become vocal for local as had been advised by Prime Minister Narendra Modi. He said that that this new initiative was being taken in
the state to promote entrepreneurship, innovation and start-ups and, for this, help and advice was being sought from the governmental as well as non-governmental experts in various fields. Special efforts were being made to promote industrial development and to develop Himalayan products in the state with the advice of these experts. The CM said that Uttarakhand was a state with a very wide ranging biodiversity and, therefore, efforts ought to be made to take full advantage of biodiversity here towards development of unique products. He claimed that there was a lot of potential for industrial development in a budding state like Uttarakhand. During the Investors’ Summit in the state, MoUs worth Rs 1.25 lakh crore were signed. Of these, projects worth Rs 25,000 crores were already on the ground. Rawat, however, also admitted that industrial activities had definitely been affected due to the Covid-19 pandemic. There had been problems during the current pandemic period but some new possibilities were also emerging. He sought the advice of the experts of this group on what could be done in Uttarakhand regarding medical and mental health sectors. He said that the suggestions of all the members of the group would be taken seriously.
Chief Secretary Om Prakash said that several efforts were being made to promote industrial development in the state. In the 20 years of its existence, the state had made considerable progress in economic activities. The single window system had been created in the state for entrepreneurs. Considerable attention was being paid to large industries in the state. During the Corona period, more than four and a half lakh migrants had returned to Uttarakhand. The Mukhyamantri Swarozgar Yojana had been launched to provide self-employment. The literacy rate in Uttarakhand was quite good. The youth of the state had the ability to do good work and, with the right guidance, they would be able to achieve much in various fields. Experts had a very crucial role to play in ensuring this. The CM Innovation Fund had been created in the state. Solar power farming had also been included in the Mukhyamantri Swarozgar Yojana. There was also good potential for the youth in the health and medical sectors.
It may be recalled that the Chief Minister’s Advisory Group formed under the chairmanship of Chief Minister Trivendra Singh Rawat consists of 7 members from among the government officials and 6 other members. Members include the Chief Secretary, Principal Secretary – Industries, Secretary – Finance, Secretary – Information Technology, Secretary to the Chief Minister, Director General – Industries, and Director – Industries. The non-government members are Dr Saurabh Srivastava, Founder of Indian Angel Network; Vineet Nair, Founder of Sampark Foundation; Raman Roy, Chairman and Managing Director of Quattro Global Service; Farmer Group General Manager and Country Head, HSBC India Naina Lal Kidwai; Vice-Chairman of Info Age Sanjeev Bhikchandani; and Vice Chairman of Sun Mobility Pvt Ltd, K Chetman Mani.
On this occasion, the challenges and opportunities arising due to Covid-19, new initiatives to promote innovation and entrepreneurship were discussed via video conferencing. Founder of Indian Angel Network, Dr Saurabh Srivastava suggested that plans for the development of entrepreneurship in the state ought to be made according to the geographical conditions and special attention paid to job creation through start-ups. Naina Lal Kidwai said that rural tourism and home stays ought to be promoted in a vigorous manner, while the potential in Agro Processing and Forestry sectors also needs to be exploited more effectively.