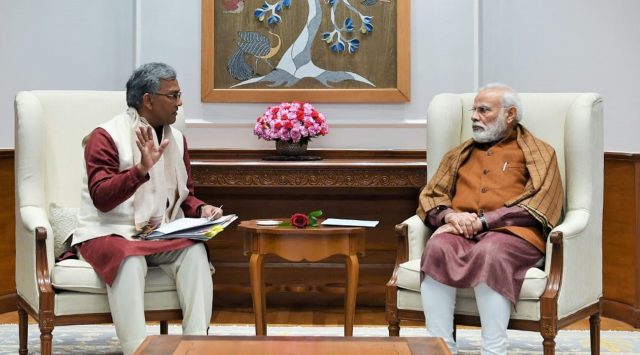 NEW DELHI, 18 Jan: Chief Minister Trivendra Singh Rawat called on Prime Minister Narendra Modi in New Delhi today and informed him about the undergoing preparations for the Maha Kumbh to be held in Haridwar in the year 2021. He informed the PM that for successful organisation of the Mahakumbh Mela works and projects worth more than Rs 1,000 crores would be undertaken. It may be recalled that the Maha Kumbh Mela, would be held in Haridwar from January 2021 till April 2021. The Chief Minister requested the Union Government for financial support in view of the limited resources that Uttarakhand had. Rawat further pointed out to Modi that in the year 2010, 8 crore devotees and pilgrims from India and abroad had visited Kumbh Mela held in Haridwar. This time, more than 15 crore pilgrims were expected to attend the Kumbh Mela in 2021. For such large number of devotees, permanent and temporary facilities were being developed on a massive scale. Kumbh area was also being expanded. The works and projects related to the Kumbh Mela to be undertaken incluse strengthening of infrastructure such as construction of roads, arrangements for electricity supply, drinking water supply, ensuring law and order, setting up medical facilities, setting up infrastructure and facilities for sanitation and garbage disposal, making boarding arrangements and parking facilities. For this, expansion of Kumbh Mela area was being done. During the meeting with Prime Minister Narendra Modi, Chief Minister Trivendra Singh Rawat also informed him about the progress of reconstruction work at Kedarnath. The Prime Minister said that Kedarnathought to be constructed on a mission mode. CMalso informed the PM that Devasthanam Board had been set up in the state for Badrinath, Kedarnath, Gangotri, Yamunotri and their nearby major temples. The Chief Minister said that Mukhyamantri Marginal Area Development Scheme is being launched to provide livelihood and basic facilities in the villages located in the border areas of the state. For this, he requested the Union Government to provide a special package for this purpose. The state government was making every efforts to prevent migration from the border areas of the state. Rawat also urged Prime Minister Modi to launch ‘Wellness Summit’ to be held in April 2020. The Chief Minister said that the work of 305 wellness centres in the state had been completed. All 462 wellness centres would be completely set up by March 2020, the CM claimed. Rawat further informed the PM that the work of Dobra Chanti, the country’s largest motor cable bridge, had been completed. He invited the Prime Minister to inaugurate this bridge. During the meeting with the Prime Minister, Chief Minister said that the sewerage treatment project and other approved works under Namami Gange would be completed by November this year. Many efforts had been made by the state government towards labour reforms. Expressing satisfaction over the efforts being made by the state government, the Prime Minister said that special efforts ought to be made in the direction of GST collection to raise financial resources of the state. The CM further informed the Prime Minister that after Investors Summit 2018 in Uttarakhand, investment of Rs 19 thousand crores had already been made on the ground so far. On this occasion, the Chief Minister requested the Government of India for approval of the 300 MW Lakhwar Power Project. Rawat told the Prime Minister that Uttarakhand had got a good ranking in the Governance Index given by NITI Aayog in the year 2019. In the field of Commerce and Industry, Uttarakhand had got the first rank in Himalayan states and 9th in the country, second in Himalayan states and 6th in the country in human resource development. The Chief Minister also informed the Prime Minister about the progress of the work on All Weather Road Project and the Rishikesh-Karnprayag Railway Line, on which the Prime Minister expressed satisfaction. 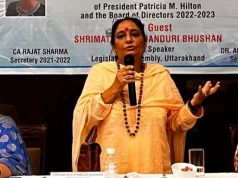 Resolve to help the needy through positive actions: Ritu Khanduri 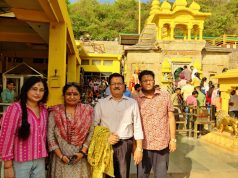 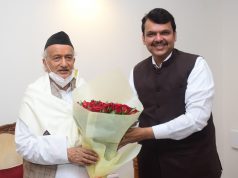 Garhwal Post has established itself as a credible, balanced and forward looking newspaper in India. Based in Uttarakhand, the daily is read by the aware, socially and culturally responsible, high-income elite of society.
Contact us: info@garhwalpost.in
https://garhwalpost.in/hook-up-sites-in-accra/ dating in daytona beach