DEHRADUN, 6 Jun:  Uttarakhand Chief Minister, Trivendra Singh Rawat, spoke to Bollywood actor Sonu Sood over a phone call on Saturday. During the interaction, he thanked the Bollywood Actor for sending stranded Uttarakhandis from Mumbai to Uttarakhand. At the same time, Rawat also invited the actor to visit Uttarakhand once the lockdown was over. 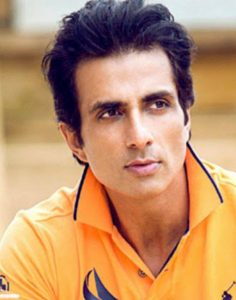 Sharing the information with the people of Uttarakhand on social media, the CM said that Sonu Sood has also shown great interest in making films in Uttarakhand. On the other hand, Sonu Sood also praised the simplicity of the Chief Minister by tweeting  in response to the CM’s tweet and said that he would come to Uttarakhand anytime early and besides visiting Badrinath and Kedarnath, would also meet the Chief Minister Rawat.

It is noteworthy that Sood had sent 172 migrants from Uttarakhand trapped in Mumbai due to the lockdown, via special flight from Mumbai to Uttarakhand. With this generosity of Sonu, the people of Uttarakhand too have become his admirers. On Friday, the migrants who arrived at Jollygrant Airport praised Sonu Sood for facilitating their free travel, following which on Saturday, Chief Minister Trivendra Singh Rawat thanked him by making a  phone call. The CM reiterated that the contribution of Sonu Sood and many other religious, social organizations in sending migrants from different states to their homes was very commendable. The cooperation of the government and society will help us defeat this global epidemic.

In his tweet Sood praised the Chief Minister’s simplicity and hoped to meet him soon.