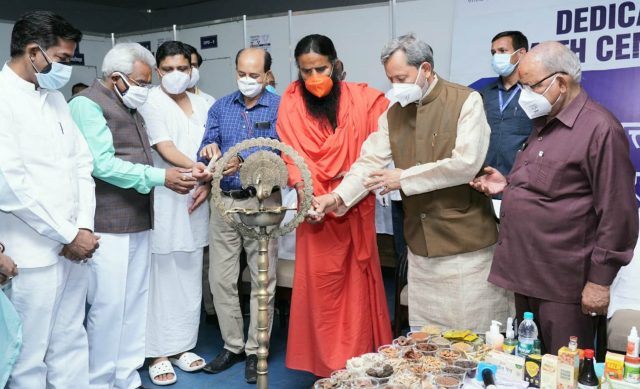 Haridwar, 4 May: Chief Minister Tirath Singh Rawat today formally inaugurated a 140 bed hospital set up, here, jointly by the state government and the Patanjali Yogpeeth.
The hospital has 140 oxygen beds, 10 emergency beds and 4 ventilators. The CM also inaugurated the Haridwar Covid Portal and a pre-paid ambulance service. The hospital is being provided staff, sanitation workers, boarding and lodging, medicines, etc., by Patanjali Yogpeeth.
On the occasion, the CM stated that people from neighbouring districts would also benefit and stressed on observing the Covid protocols. He said that arrangements were being made to vaccinate all over 18 years of age and Rs 400 crores had been allocated for it. The number of ventilators in the state was being increased. Five hundred bed, each, temporary hospitals are being set up at IDPL Rishikesh and the Sushila Tiwari Medical College, Haldwani. Rs 40 crores had been released to the DRDO for this.
An oxygen tank would also be established at the Haldwani Medical College. An oxygen plant would be installed at the Himalayan Institute Hospital, Jolly Grant, with the help of the Union Government.
Patanjali Yogpeeth’s Swami Ramdev praised the efforts being made by the government to combat Covid-19. Also present were Minister Bansidhar Bhagat, State BJP Chief Madan Kaushi, MLA Adesh Chauhan, Haridwar Mayor Anita Sharma and Acharya Balkrishan. 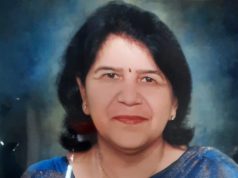