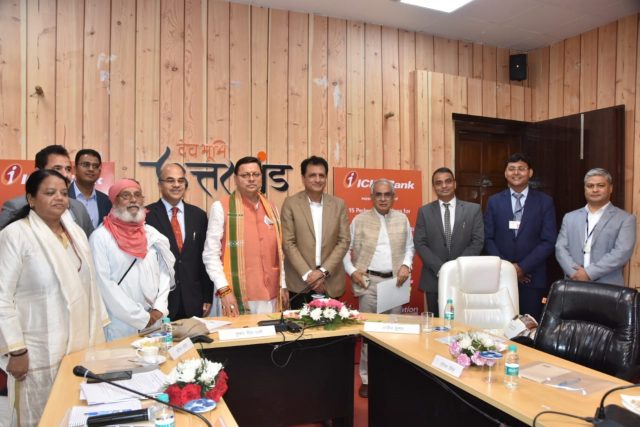 By Our Staff Reporter
Dehradun, 15 Apr: Chief Minister Pushkar Singh Dhami, at a programme held at his official residence here, today, virtually inaugurated 15 bridges constructed in villages of 6 hill districts of the state by HESCO and ICICI Foundation.
NITI Aayog Vice Chairman Dr Rajiv Kumar, Founder of HESCO and Padma Bhushan awardee Dr Anil Prakash Joshi, and ICICI Foundation Chairman Saurabh Singh were also present on the occasion.
Chief Minister Dhami said that there are many rivers and streams in the hills around which villages are located. It is a major problem to cross these rivers and streams without bridges. Life in the mountain is greatly affected during the monsoon period for this reason.
He appreciated that, to improve the quality of life of the people in the hills, HESCO took the commendable initiative in association with the ICICI Foundation. With their cooperation, 15 bridges were constructed in the hill districts thereby connecting 64 villages. The Chief Minister said that such works ought to be done on a large scale. Social organisations and institutions could play an important role in the overall development of Uttarakhand.
The Chief Minister expressed the hope that HESCO and ICICI Foundation would take such experiments forward in future, too. He said that such successful experiments would be promoted in the state. Along with the development plans of the central and state governments, cooperation of various organisations and institutions would be taken for the state’s progress. He acknowledged the 15 bridges would also have utility for the district officers as well. Considering this, the District Magistrates ought to also promote such initiatives at the village and panchayat levels. The NITI Aayog’s approach also encouraged such experiments. NITI Aayog would also prove to be a great helper and guide for the state government to make it an ideal state by including these experiments.
Dr Anil Prakash Joshi said that there are many resources available in Uttarakhand. The state was moving in the right direction. Optimum application of science and technology would push development in Uttarakhand. Special attention needed to be paid to the development of rural areas. The state would have to move forward with the cooperation of all the organisations in the field of science and technology.
Saurabh Singh said that efforts had been made by the ICICI Foundation to invest in public interest. The aim of the Foundation is to take up even more such works, especially in the rural areas so that the people could benefit. He said that every effort would be made to work on whatever suggestions he would get for work in various fields in the future. Dr Rajiv Kumar also addressed the meeting.
On this occasion, Uttarakhand in-charge of NITI Aayog, Neelam Patel, Prof Durgesh Pant, Anuj Agarwal from ICICI Foundation, Sumit Sharma, Vinod Khati and people from the areas benefited were also present virtually. 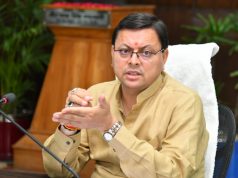 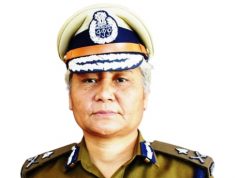