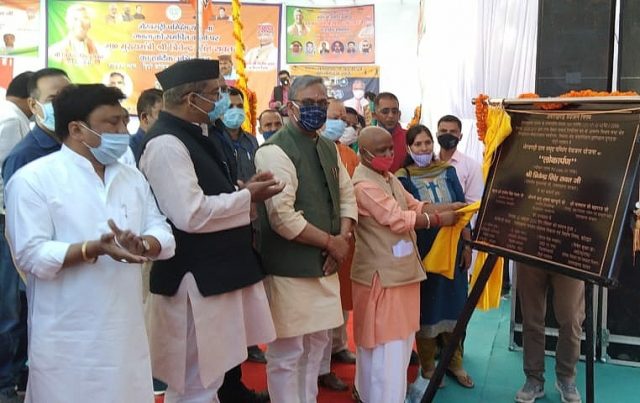 By Our Staff Reporter
Pauri, 18 Oct: Chief Minister Trivendra Singh Rawat on Sunday inaugurated the Bhairavagadhi Village Group Pumping Drinking Water Scheme worth Rs 64.86 crore, and the block office building in Jaihari Khal at a cost of Rs 1.63 crore in Jaihari Khal block of Pauri district.
On this occasion, the Chief Minister said this scheme would provide water to 75 villages and toks in the area. He said that work on this scheme was started soon after coming to power. The foundation stone of the scheme was laid in 2006 by the then government but, due to lack of funds, the plan could not move forward. If the situation had remained the same, the scheme would have been completed only in 2035. But, it was taken up on priority basis. He said that, today, the country’s largest suspension bridge was ready at Dobra Chandhi in Tehri.
He also called upon the people to understand their rights and to question public representatives when required.
The Chief Minister reminded that government jobs are limited, so the government is providing self-employment opportunities. The youth should take advantage of the Chief Minister Solar Self-Employment Scheme, including the Mukhyamantri Swarozgar Yojana.
The government intended to provide employment to ten thousand people under the Solar Energy Scheme. Pine leaves were being used to fire boilers in large factories. For this, a large machine was being ordered from America. Pine leaves were being purchased at the Pirul plants. This would provide employment to 40 thousand people.
He also approved flood protection works on river Meendal, Rami river, Simalasera, including the Reva pumping scheme. Also, opening of an electricity division in Nainidanda.
Apart from this, a Leopard Rescue Centre was approved in Kandolia.
Lansdowne MLA Mahant Dilip Rawat, District President Sampat Rawat, Atar Singh Aswal, Block Chief Mahendra Rana, Deepak Bhandari, TP Director Arun Singh Rawat, Special Secretary Parag Madhukar Dhakate, District Magistrate Dheeraj Garbyal, etc., were also present on the occasion. 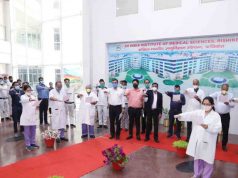 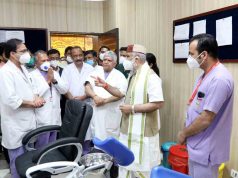