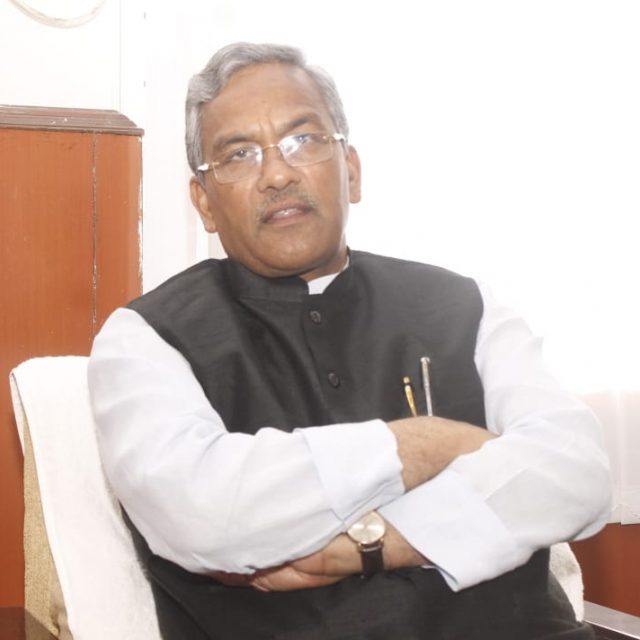 DEHRADUN, 11 Apr: Chief Minister Trivendra Singh Rawat participated in the video conference of Chief Ministers held today under the chairmanship of Prime Minister Narendra Modi. During the conference, most of the CMs were in favour of extending the lockdown in order to keep Corona infection at bay. It may be recalled that some states like Punjab and Maharashtra have on their own extended the lockdown till 30 April.
After the video conferencing, the Chief Minister directed the officers to follow the instructions given by Prime Minister Narendra Modi and Union Home Minister Amit Shah. He also said that more and more people ought to be encouraged to download Arogya Setu Mobile App as it was quite useful app. He also noted that the state would follow the Centre’s decision in respect of the lockdown. It may be recalled that Uttarakhand too has recommended extension of lockdown till 30 April and closure of all educational institutions till 15 May.
The Centre is expected to issue directions to the states in a day or two in this respect. The CM directed the officials to ensure strict compliance of the Centre’s directions whenever they were issued.
Rawat noted that social and focused efforts ought to be made to fight the corona virus as directed by the Prime Minister. He also asked the officials to ensure that the health workers and police personnel were not abused. Strict action be taken against those who did so.
He also noted that efforts be made to increase the testing label if required and that there was no hoarding and black marketing of essential commodities in the state. He observed with a sense of relief that no patient had died of Corona infection in Uttarakhand so far while 5 had already been cured of the infection. He directed the officers to ensure proper care and treatment of corona patients in the state.
Chief Secretary Utpal Kumar Singh, Additional Chief Secretary Om Prakash, DGP Anil Kumar Raturi, Secretary Finance Amit Negi, Secretary Health Nitesh Jha, and Pankaj Kumar Pandey, Director NHM Yugal Kishore Pant were present during the video conference and the meeting that followed.