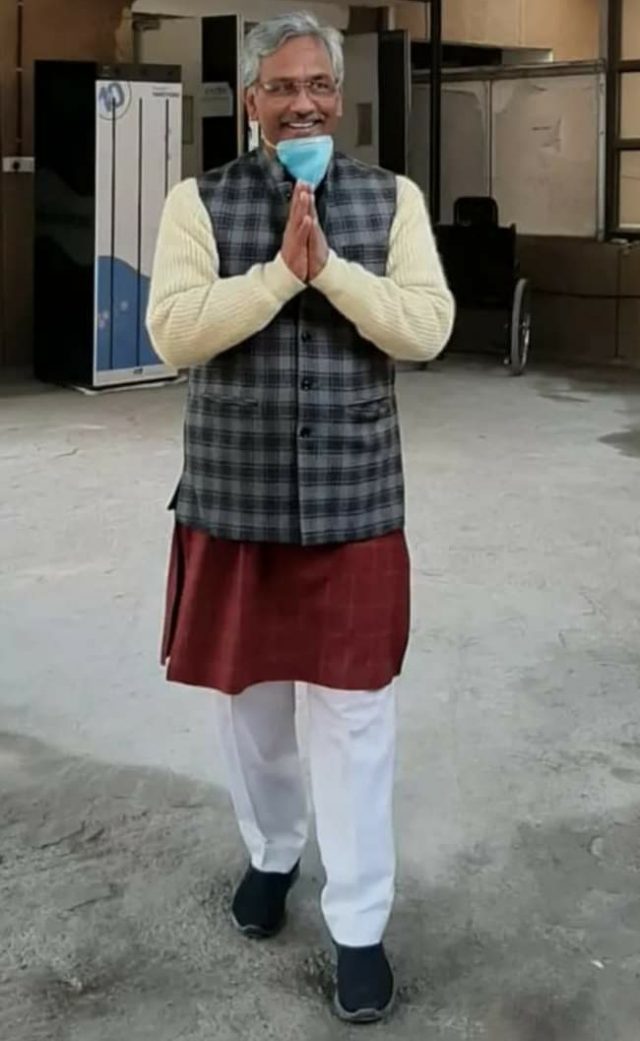 By Our Staff Reporter
Dehradun, 2 Jan: Chief Minister Trivendra Singh Rawat has finally been discharged from AIIMS, New Delhi after having been admitted on 28 December as a precautionary measure, having developed fever and a mild lung infection. It may be recalled that Rawat had tested Covid-19 postive on 18 December. Initially, he had chosen to home isolate himself as he did not have any overt symptoms of the pandemic infection. He even participated on a virtual mode, in the winter session of the state assembly and in some other functions. However on 26 December, he developed mild fever and he was therefore admitted to Doon Medical College Hospital on 27 December where a CT Scan also revealed a mild infection in his lungs. Consequently, as a precautionary measure, he was on 28 December shifted to AIIMS New Delhi for further diagnostic tests and treatment on the advice of his doctors. Fortunately, his condition started improving considerably while he was admitted at AIIMS in New Delhi. As a result, therefore, he was declared healthy yesterday after all his test reports turned out to be normal and it was decided to discharge him on Saturday. He was finally discharged today.
The Chief Minister though discharged from AIIMS today, has decided to stay at his official residence in Delhi in isolation as a precautionary measure for the next few days.
According to Dr NS Bist, the personal physician of the CM, his wife and daughter who had also tested Corona positive along with Rawat himself were also reported to be fit now.