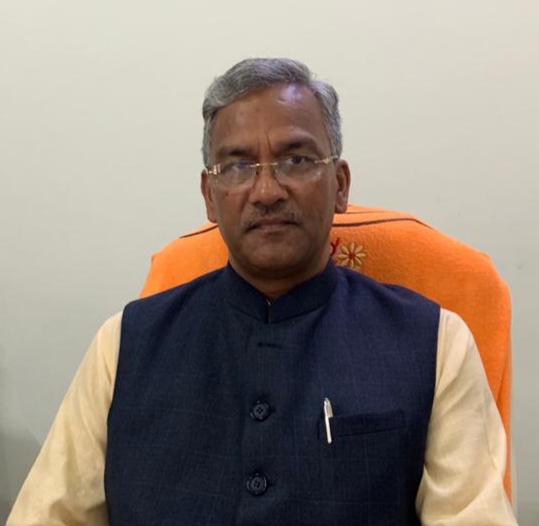 DEHRADUN, 22 Mar: Chief Minister Trivendra Singh Rawat has thanked the people of Uttarakhand for voluntarily staying in their homes during the Janata curfew. He reminded that Prime Minister Narendra Modi had given a call for a voluntary curfew. The CM said that the way it had received support in the entire country, had strengthened his belief that the country and the people would win the fight against the corona virus. He added that the support and the work put in by the traders,  physicians, sanitation personnel and other employees ought to be appreciated. The Chief Minister said that the state was ready for any eventuality. The restraint and the self discipline shown by the people had raised lot of expectations that the countrymen were ready to fight the crisis. He added that it was country’s strength that all the Indians joined hands and became one in face of a crisis.   Rawat said that the state was in constant touch with the Centre with respect to the challenges posed by the Corona pandemic and assured the people of the state that his government would ensure that there was no shortage of food items and medicines in the state. In case of any emergency, the government would be willing to make door to door delivery of foodstuff and medicines. He further added that the government was mulling ways to provide relief to the labourers and daily wage earners and would make sure that none passed hungry in the state.  It may be pertinent to point out that the Chief Minister also stayed at his residence during the Janata curfew. However, he took feedback from officers over the phone. He also sought information about the updated status of Corona virus and the preventive measures being taken in the state and also issued necessary guidelines to the officials concerned in this respect.