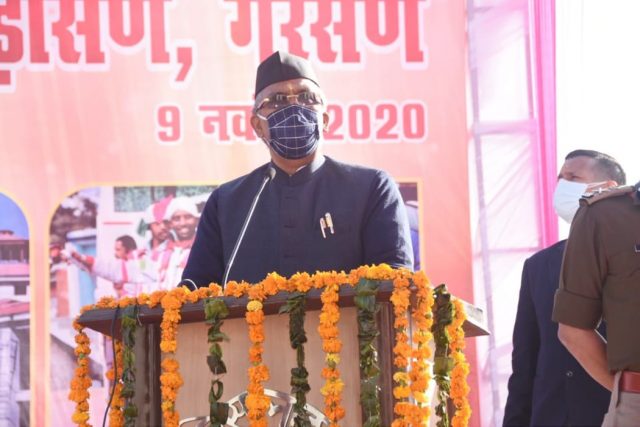 By Our Staff Reporter
Gairsain, 9 Nov: Chief Minister Trivendra Singh Rawat announced, today, that Rs 25,000 crores would be spent in the next ten years for the development of Garsain area as per the requirements of a Summer Capital. A committee would be formed under the chairmanship of the Chief Secretary for planned development here.
The 21st State Formation Day was celebrated with great joy here at Bhararisain, the seat of the summer capital. The colourful cultural events with the grand ceremonial parade by the ITBP and police personnel enchanted everyone at the assembly building complex.
The Chief Minister extended heartfelt greetings to the entire people of the State. This is the first time that a Chief Minister has celebrated the State Formation Day anniversary here after its being declared the summer capital.
The Chief Minister said that, today, Uttarakhand had entered its 21st year. On this historic occasion, he pledged that they would remove the burden of drudgery of the state’s women. For this, extensive work was underway. The women are very hardworking and the effort is to develop their skills and provide financial support.
The Chief Minister, while making several important announcements for the state, said that self-help groups should get up to Rs 5 lakhs and would be given preference in procurement. Interest-free loans would be provided to self-help groups located in about 500 migration hit villages.
To overcome the difficulties of the general public, the district level development authorities (DDAs) would simplify and relax the process of passing the maps for building construction.
Drinking water connections for poor people in poor areas in the cities would be provided at the cost of Rs 100. A toll-free help line would be established to fight corruption.
The Chief Minister Saubhagyavati Yojana would be started for women and children. Under this, the first born would be given the Saubhagyavati kit. An export policy of the state would be prepared. Police outposts would be set up in the border areas of the state. These were just a few of the announcements made.
Assembly Speaker Prem Chandra Agarwal said that the Chief Minister had started a new stream of development by making Gairsain the summer capital of the state. This had pleased all the people. The Chief Minister talked less and worked more.
Present on this occasion were Cabinet Minister Madan Kaushik, Higher Education Minister of State Dhan Singh Rawat, Women Empowerment and Child Development Minister of State Rekha Arya, MLA Surendra Singh Negi, Mahendra Bhatt, Munni Devi Shah, Bharat Singh Chaudhary, BJP District President Raghuveer Singh Bisht, other distinguished citizens, local people, school children, etc. including public representatives. 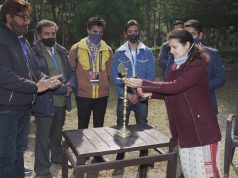 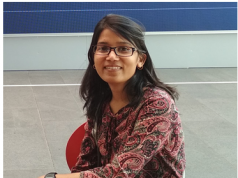 Tandav has all the dynamite to blow your mind!