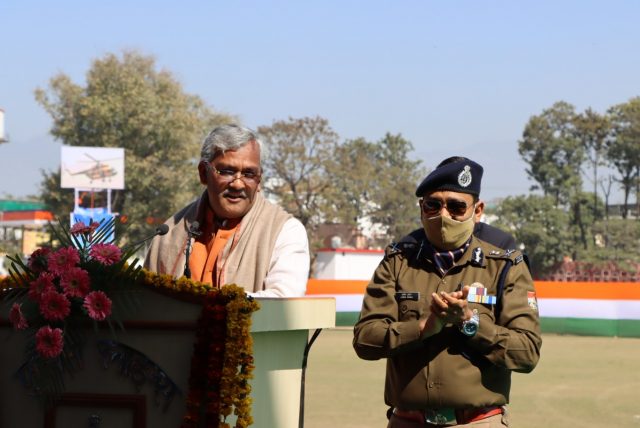 Dehradun, 24 Feb: CM Trivendra Singh Rawat launched the Women’s Commando Force and Smart Cheetah Police at the Police Lines, here, today. With this, Uttarakhand has become the fourth state to have a women’s commando force. It is expected that the existence of the force would impart confidence among women to raise their issues before the police.
The CM also inaugurated the ‘smart police barrack’ on the occasion. 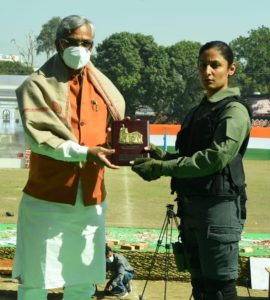 The women commandos gave a demonstration of the tactics they had learned. The Cheetah police performed a street play to depict their manner of functioning.
A total of 148 cheetah personnel (118 men and 30 women) were given a month’s training at PTC, Narendra Nagar, and a week’s, each, at the RTC and Vigilance Department in Doon. 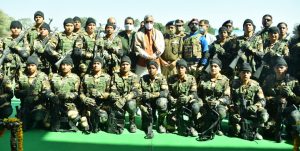 The women commandos, numbering 22, also received training at the PTC, Narendra Nagar, in all the techniques, skills and tactics required.
Chief Minister Rawat said the new force would inspire girls studying in schools and colleges. They needed also to learn the art of self defence. Commenting on steps taken to empower women in the state, he mentioned the recent decision on providing wives a share in the family property. This made the state the first to do so. 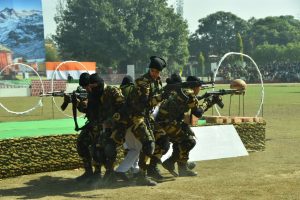 DGP Ashok Kumar also addressed the gathering. He recalled the sacrifice of two police personnel in the recent Chamoli tragedy. He also praised the performance of the force during the rescue operations. He also described in detail the training given to the women commandos. He mentioned the numerous challenges faced by the Cheetah force in bringing down road fatalities in the state.
The Chief Minister also presented awards to Trainer Shaurya Bhardwaj and the toppers of the course.
Present on the occasion were MLA Vinod Chamoli, State Women Commission Chairperson Vijaya Barthwal, CM’s Advisor Lt Gen JS Negi (Retd), Secretary, Home, Nitesh Jha and other officials.