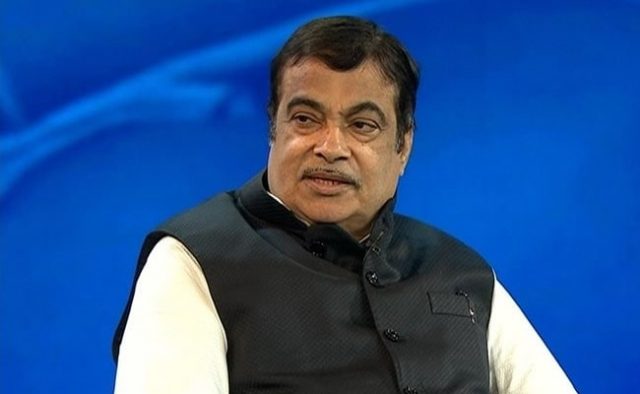 By Our Staff Reporter
Dehradun, 7 Jun: E Chief Minister Tirath Singh Rawat today called on Union Minister for Road Transport & Highways, Micro, Small and Medium Industries, Nitin Gadkari in New Delhi. During the meeting, various issues related to the state were discussed between the two.
On this occasion, the Chief Minister requested the Union Minister to approve 42 proposals worth Rs 615.48 crores pending with the Government of India under the Central Road Infrastructure Fund (CRIF). He also urged the Union Ministry to declare 6 state highways as National Highways for which the Ministry of Road Transport and Highways, Government of Indi,a had already given in-principle approval. He urged Gadkari to also declare the Rishikesh-Bhaniawala State Highway a National Highway as it was an important road link connecting the state capital with Char Dham routes. He said that, presently, it is a two lane state highway but the traffic movement on this road is very heavy as the Jolly Grant Airport is also located on this stretch. The CM said that the present two lane state highway ias not able to handle the heavy traffic movement on the road.
The other road projects proposed for upgradation to National Highways by the state include Khairna-Ranikhet, 34 km; Buakhal-Devprayag, 49 km; Devprayag-Gaza-Gulf, 70 km; Biharigarh-Roshanabad, 33 km and Laxmanjhula-Dugadda-Nainidanda-Mohan-Ranikhet, 274 km.
The CM said that, if the Rishikesh-Bhaniawala Road is notified as a National Highway, with the widening of this part, the access of the four Dhams to Jolly Grant Airport would become become very convenient. As it has not been notified as a Nationl Highway, so far, the route has not been included in the schemes of the Ministry of Road Transport and Highways, Government of India. Keeping in view its immense importance, he requested Gadkari to declare it a National Highway. Gadkari assured the CM that a suitable solution for these projects would be worked out after due consideration of the demands and that the Union Government would provide all possible help to the state.
Later, Rawat also called on the Union Minister for Electronics, Information Technology, Communications, Law and Justice, Ravi Shankar Prasad. The CM informed the Union Minister that under the state led model in Uttarakhand, in-principle approval for Bharat Net Phase-II project had already been received. He urged the Union Minister to ensure early administrative and financial approval for the project. Rawat also urged Prasad to grant approval to the “India Enterprises Architecture Project” in the state of Uttarakhand. He added that this would help in computerisation and digitisation of systems and working of departments like Agriculture, Health and Education. Rawat urged the Centre to provide funds for formation and operation of FTSCs. The Chief Minister requested the Union Law & Justice Minister to approve the proposal sent for the creation of 4 notary posts for Nainital district, besides concurring on the creation of 78 notary posts for 10 districts of the state.