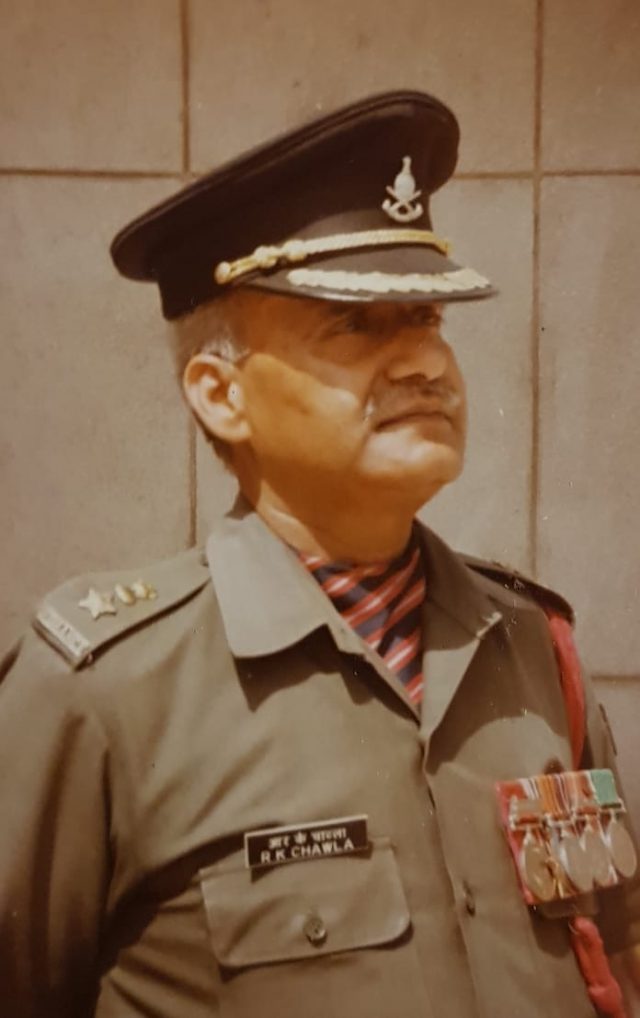 Dehradun, 16 May: According to a press release from Lt Col BM Thapa (Retd), Senior Vice President, Dehradun Ex- Services League (DESL) and the Senior Vice President Sangyukt Nagrik Sangthan, states that 86 year old Col RK Chawla (Retd) passed away at the RR hospital on 14 May. He was cremated at the Brar Square Crematorium on 15 May.
He was commissioned on 26 April, 1964, in the Artillery Regiment and retired from the Army on 30 June, 1989.
He was a well-known officer to every Doonite veteran and serving defence personnel. He rendered social welfare services through the Defence Service Officers Institute and the DESL for more than three decades and will forever live in the memories of his peers. He took an active part in the Indo-Pak wars of 1965 and 1971 and earned fame for the formation.
Thapa recalled that Col Chawla was a great patriot, honest and faithful person one who believed every day of life was a gift to live to the fullest. After his death, he received the well-deserved farewell of a true soldier with a Guard of Honour and wreath-laying ceremonies by representative officers of Chief of Army Staff, GOC, Delhi Area, and Director General of Ordnance and other ranks at Delhi.
His son, Capt Shailen Chawla (Indian Navy), and son-in-law Col Rakesh Parti both saluted the officer. The family members in mourning include his wife Supriya, son Capt Shailen Chawla, daughter Neeti Parti and her husband Col Rakesh Parti, grandchildren Shaurya and Shiful.
Heartfelt condolences to the bereaved family members have been expressed by Lt Gen GS Negi (Retd), Brig KG Behl (Retd), Brig RS Rawat (Retd), Col US Thakur, and other Ex-Servicemen of Doon Valley.