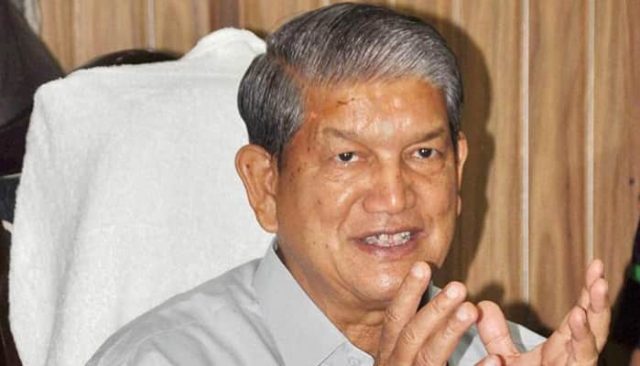 By Our Staff Reporter
Dehradun, 5 Nov: State Pradesh Congress Committee President Ganesh Godiyal today described Prime Minister Narendra Modi’s visit to Kedarnath as disappointing and a political fiasco. At the same time, veteran Congress leader Harish Rawat also expressed his disappointment with the visit.
Godiyal said that the people of Uttarakhand had high hopes from this visit of Prime Minister Modi, but once again he had disappointed the people. Godiyal claimed that even the religious beliefs, traditions and norms were violated during the Prime Minister’s visit to Kedarnath. The visit was purely political which was evident from the way that the entire programme was telecast live across the country in violation of the sanctity of Kedarnath shrine. The Congress claimed that it was an insult to the beliefs and traditions to provide live coverage with the presence of cameras and channels. Lord Kedar was majestic but Modi tired to convey as if he was bigger than Kedarnath.
The PCC Chief also criticised Modi for his silence on the death of over 80 persons in the calamity that had hit Uttarakhand recently.
Congress leaders Godiyal and Harish Rawat, today, performed ‘Jalabhishek’ at Daksh Temple, Kankhal, and Prithvinath Mahadev Temple Dehradun. Godiyal claimed that the restoration of the samadhi of Adi Shankarachary had been approved by Harish Rawat when he was the CM of Uttarakhand. But the sentiments of the people had been hurt by the ‘political speech’ delivered by Prime Minister Modi, for whom it was merely a political tour. He said that Modi ought to have avoided delivering any speech from Kedarnath.