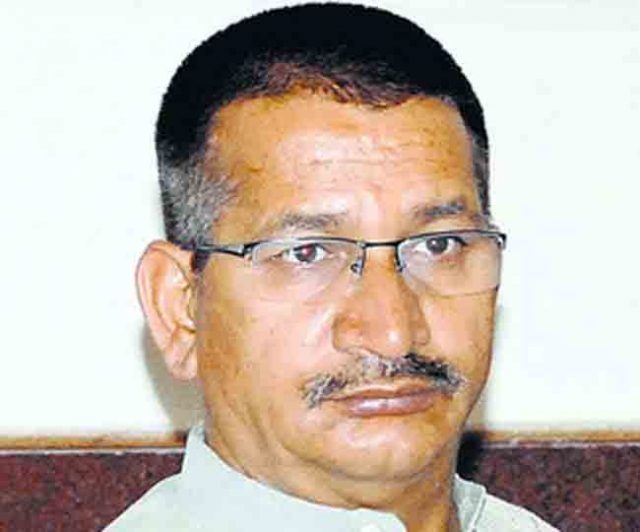 By Our Staff Reporter
Dehradun, 4 Jan: Former president of the Uttarakhand Pradesh Congress Committee Kishore Upadhyay, too, has tested positive for Corona infection, following which he was admitted today to the Doon Medical College Hospital.
Upadhyay had tested Corona positive, yesterday. He was scanned and several tests conducted on him following his admission to Doon Medical College Hospital. The CT scan has revealed a minor infection in his lungs. He also has fever and mild cough and has been admitted in the VIP ward of the Hospital. Upadhyay has informed the people about his infection and has appealed to everyone who was in contact with him during the past few days to isolate and get tested so that the spread of the infection could be prevented. In an another development today, Nainital MP Ajay Bhatt was discharged from AIIMS New Delhi, after recovering from the Corona infection.
It may be recalled that several politicians in the state, both, from the Congress as well as the BJP were detected with Corona infection, earlier. In fact, some of the prominent leaders like Salt MLA and BJP leader Surendra Singh Jeena and veteran Congress leader and former MLA Anusuiya Prasad Maikhuri lost their lives to the deadly pandemic.
Among those who have so far recovered from the pandemic include Chief Minister Trivendra Singh Rawat, cabinet ministers Satpal Maharaj and family, Harak Singh Rawat and Madan Kaushik, BJP leaders Bansidhar Bhagat and many more. It is only in the past few days that the graph of the Corona pandemic has gone down significantly. After reporting over 500 cases every day for the past fifteen odd days, just 311 cases were reported in the state today.