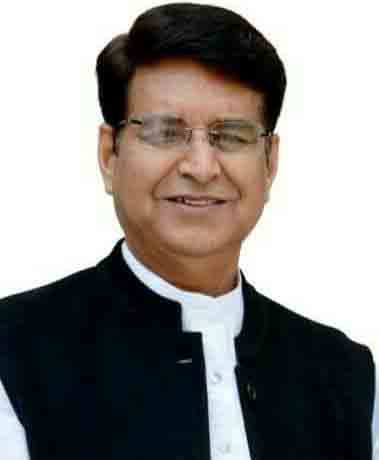 Dehradun, 5 Mar: In order to counter any possible political mileage to the BJP following Chief Minister Trivendra Singh Rawat’s declaration to make Gairsain the summer capital of Uttarakhand, Congress leaders today claimed that the party would make it the permanent capital.
Speaking to media persons, Congress State President Pritam Singh today declared that his party, if voted to power, would make Gairsain the permanent capital of Uttarakhand. He claimed that all the initiatives on making Gairsain the future capital were in fact taken by the Congress government. Beginning with holding the first session of the Vidhan Sabha at Gairsain to constructing the Vidhan Sabha Building in Bhararisain, all these steps were taken by the Congress, he reminded. He said that Uttarakhand was created as a separate state after a long period of sacrifices and struggle by the people of the state, especially the women.
Some other Congress leaders, including former Chief Minister Harish Rawat, have tried to play down the announcement on Gairsain as the summer capital of Uttarakhand. Harish Rawat claimed that the government was confused and nervous over its losing popularity and had come out with a nervous and confused decision to make Gairsain the summer capital. He declared that the Congress would take the final call on making Gairsain the permanent capital of the state.
He added that the government ought to hold at least a 15 day long assembly session at Gairsain every year.
Leader of the Opposition, Dr Indira Hridayesh claimed that the announcement was an effort to divert public attention from the failures of government and that the reality was it was not concerned about Gairsain at all.
Meanwhile, sources in Congress admitted that the party leaders were surprised and taken aback by the sudden announcement by Chief Minister Trivendra Singh Rawat. On the other hand, BJP State President Bansidhar Bhagat and other party leaders termed the announcement a major achievement of the BJP and reminded that making Gairsain the summer capital was promised by the party and was even mentioned in the party manifesto!
Earlier, today, there was a big celebration by the BJP leaders in Gairsain as well as the BJP State Headquarters in Dehradun.