By Arun Pratap Singh
Dehradun, 12 Jun: Congress High Command has decided not to project anyone as Chief Ministerial candidate in the upcoming Assembly Elections in Uttarakhand, due in March 2022, and the poll campaign would be conducted under a collective leadership. In fact, while the Congress High Command was never inclined to project anyone as CM candidate in Uttarakhand, some senior party leaders had been putting lot of pressure on the High Command to announce its CM candidate well before the polls. This section of the party leaders is led by former Chief Minister Harish Rawat. Rawat has been on record demanding that the party declare its CM candidate before the poll, but this proposal has been strongly opposed by his political rivals within the party, including the Leader of Opposition Indira Hridayesh and PCC Chief Pritam Singh. 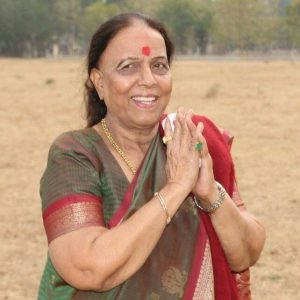 In fact, a meeting in this respect was held in Delhi today by Devendra Yadav, who is in charge of the party affairs in Uttarakhand, and it was attended by Pradesh Congress Committee (PCC) Chief Pritam Singh, Party’s National General Secretary and former Chief Minister Harish Rawat, and the Leader of the Opposition, Indira Hridayesh. According to party sources, the meeting also discussed formation of a steering committee for the polls in Uttarakhand. A decision in this regard is likely soon.

Though, Harish Rawat has been insisting on announcing the CM candidate before the polls itself and let the people decide on him or her, Indira Hridayesh has been very vocal in opposing this move, claiming that no one including Harish Rawat was above  party policies and therefore there was no point in declaring the chief ministerial  candidate. She has been saying that it was time for the party leaders to unite and prepare for the polls to fight the polls in a united manner.

It was also decided in the meeting today that Uttarakhand Congress would hold a yatra from Khatima to Mussoorie, to be termed as Parivartan Yatra. The dates of the yatra would depend on the unlocking of the Covid Curfew in the state, it was decided. It may be recalled that at present all the political and religious programs are banned in view of the Covid restrictions and SOPs. But the leaders decided that the Yatra would also pass from Dehradun and Haridwar and it was directed that the Yatra ought to project an image of unity in the party. The Yatra would be a tribute to the Uttarakhand movement’s martyrs.  Decision on constitution of election committees was however deferred in the meeting.
Sources admitted that the party high command felt that it was safer to fight the polls in Uttarakhand under a collective leadership instead of fighting under a declared CM candidate so that the party could put up a joint fight. The party in Uttarakhand is riddled with factionalism and many party seniors have been very vocal against each other.