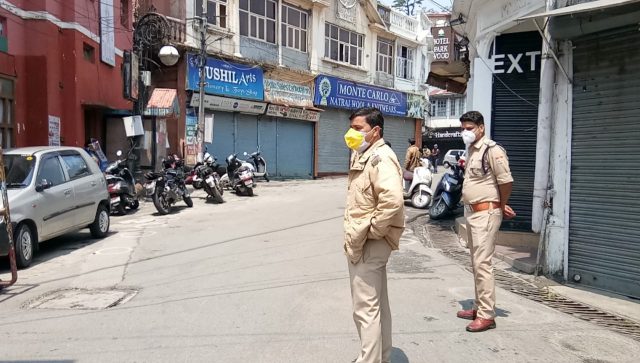 By Our Staff Reporter
Mussoorie, 11 May: Action is being taken here by the police against people violating the rules of Corona curfew. Under the leadership of Mussoorie Police Incharge Devendra Aswal, a vigorous checking operation was carried out today by the police at the town squares. Aswal also inspected the Containment Zones. He urged all the people living in the zones to follow the rules. He warned that action would be taken against those who violate the rules of the Containment Zone.
Sub Inspector Suraj Kandari said that people are constantly being motivated by the police to stay in their houses, but many people are seen wandering in the market without reason violating the Corona curfew. Strict action is being taken by the police in this regard. People were being made aware of the dangers posed by the rise in Corona cases.