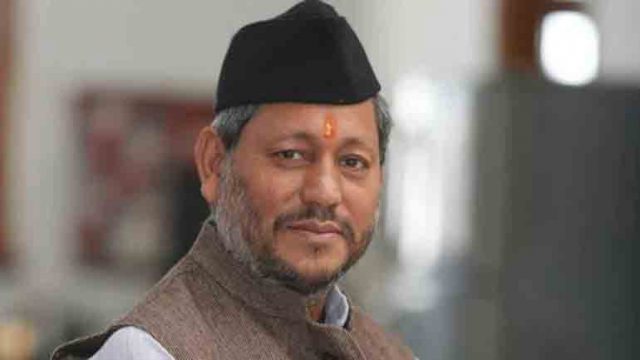 By Our Staff Reporter
Dehradun, 30 Mar: With Corona cases rising rapidly once again in Uttarakhand and the rest of the country, the government is once again showing concern at the fresh wave of the pandemic. Chief Minister Tirath Singh Rawat has instructed the officials through video conferencing to speed up RT PCR tests and vaccination for effective control over Covid. He held a video conference with senior government officers while being in isolation due to Covid-19 infection. He has directed that a special campaign be conducted in Haridwar for vaccinations and RT PCR testing.
He also ordered that, in the places where Corona cases are detected in significant numbers, containment and micro containment zones be created to prevent further spread of the infection and special attention paid to vaccination. Taking note of the fact that Corona was more prevalent in certain states, he said that people coming into the state from those states be permitted entry only after production of Corona negative test reports. He directed the officers to issue fresh guidelines in this regard at the earliest.
Taking seriously the complaints of bad arrangements at the SPS Hospital, Rishikesh, Rawat directed the officials that these be improved at the earliest and strict action be taken against officials found to be negligent towards their responsibilities. He asked that special attention be paid to strengthening health and other necessary facilities in view of the Haridwar Kumbh and upcoming Chardham Yatra. Adequate police arrangements are to be made in view of the Kumbh Snans.
Chief Secretary Om Prakash, Additional Chief Secretary Radha Raturi, Secretaries Amit Negi, Shailesh Bagoli, and SA Murugesan were present at the meeting held via video conferencing.
It may be recalled that the cases of Corona infection have seen a rapid rise in Uttarakhand in the past few days. The most such cases detected in one place are in Hotel Taj along the Rishikesh Badrinath Route underlining the importance of strict vigil on the Corona situation. While the maximum number of cases in the past few days has been over 300 in one day, more than a hundred cases are being detected continuously every day over the past few days. In the past 24 hours, 128 fresh cases of Corona were reported as per the government bulletin issued this evening. Among those currently infected with Covid-19 in the state include the CM, Tirath Singh Rawat, former CM Harish Rawat, who is currently admitted at AIIMS, New Delhi, and former Cabinet Minister and Congress leader Surendra Singh Negi, who reported today that he had tested Corona positive.