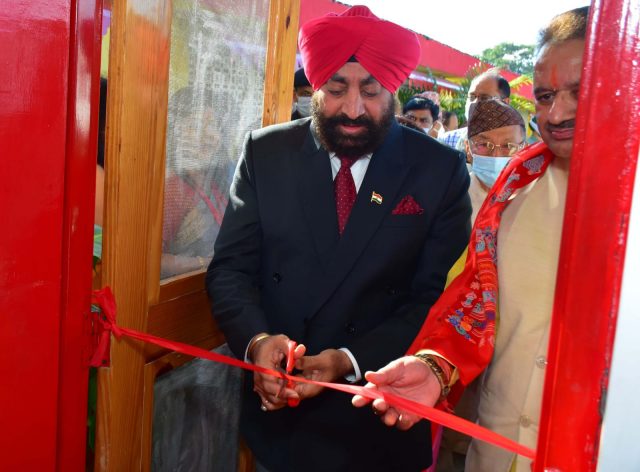 By Our Staff Reporter
Dehradun, 20 Oct: Governor Lt-General Gurmit Singh (Retd), inaugurated the country’s first Gorkhali Community Radio Station “Gham Chhaya” in a program organized at Gorkhali Sudhar Sabha, Garhi Cantt Dehradun on Wednesday.
This radio station can be heard on 90.0 FM across the country. Gham Chhaya’s app can also be downloaded from Google Play Store. The timing of the radio station will be from 7 am to 11 am and 5 pm to 9 pm. 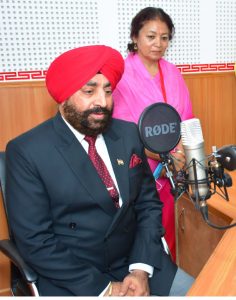 Addressing the program, Governor Gurmit Singh said that the country’s first Gorkhali community station “Gham Chhaya” would unite  the Gorkhali community living in Uttarakhand and across the country, and help to conserve their rich culture, traditions, language, heritage. Hope that “Radio Station Gham-Chhaya will become Gorkhali People’s Voice and their Stories will be heard by not only the Gorkhali community but the whole world.
The Governor said that today is the age of media and social media. Yet there are many people who do not have access to the mainstream media. This community radio station can become the voice of such weaker sections. It can take up their problems and issues effectively. 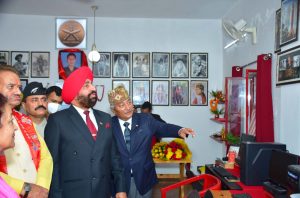 He further said that Community Radio is truly a beautiful example of Democratic Media at the grassroots level. Community radio station empowers a community as well as women, girls and youth of the community. It can play an important role in strengthening the spirit of nationalism in children and in nation building. It will promote community based development.
He added that Uttarakhand is a state where community radio programs have played an important role in making the society aware. I believe that the roadmap for development in the state should be based on the beautiful culture, unique traditions, heritage and mutual harmony of the state.  Community radio stations can play an important role in the development of remote hill villages in the state.
He said that a radio station can work best only when it is considered as its asset by the community. It becomes the responsibility of the entire community to support this radio station in every way possible.
“The Gorkhali community has made significant contribution in the development of the country, especially in the defense sector. Gorkha soldiers are known for their valor and courage in the battlefield. We are proud of the brave Gorkhali soldiers like Mahavir Thapa, who received the Maha Vir Chakra, Captain KS Thapa and Col. Dhan Singh Thapa who received the Param Vir Chakra. I got many opportunities to work with Gorkha battalions. I had Gorkha soldiers in my platoon. I was greatly impressed by the “honesty, dedication, loyalty and dedication” of the Gorkha soldiers. Today, the 39 best infantry battalions in the Indian Army are of Gorkha soldiers. We are proud of you”, he stated with intensity.
“I would also like to thank the families of Gorkha soldiers who are taking care of their home front with full responsibility in the absence of the soldiers on duty. Any soldier can perform duty on the border properly only when his home is completely safe,” he surmised.
Governor Lt-General Singh further said that, “I have got an opportunity to serve as the Governor of Uttarakhand. This is the collective honor of every soldier. I request that ex-servicemen can do good work for reverse migration, environment protection, tree plantation and water conservation in the state.”
Cabinet Minister Ganesh Joshi said that Gham Chhaya radio station will play an important role in the conservation of Gorkhali culture. The Government is going to build Sainya Dham in Uttarakhand, he added.
Lt-General Shakti Gurung, Lt-General Ram Singh Pradhan, Brigadier PS Gurung, Capt. Padam Singh Thapa, President of Gorkhali Sudhar Sabha Madhu Gurung, ONGC CSR head Vijay Raj and other dignitaries were present on the occasion.