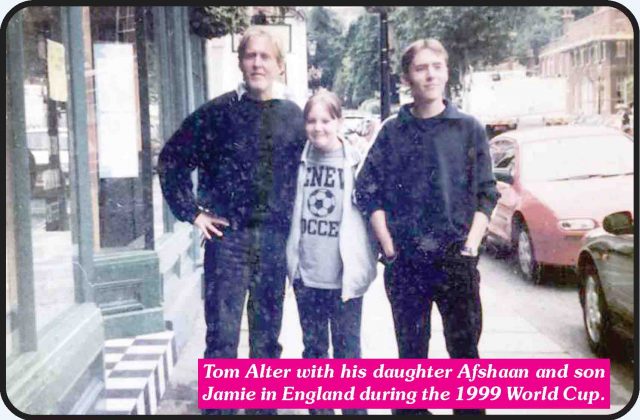 County cricket attracted me even before I had seen a match or knew the names of players. It just seemed like the breeding ground of world-class Test players. The Australians were all over in England playing, Sunil Gavaskar had played over there, Yorkshire had signed up Sachin Tendulkar – albeit with relatively unsuccessful results – and it was there that Viv Richards and Ian Botham struck up a lasting friendship. 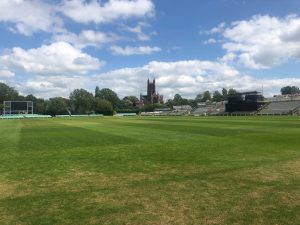 Visually, first from the odd photograph in Sportstar or a grainy black-and-white one in the Indian dailies, and later once cable television started relaying highlights, the cricket was pristine. The grounds, some with names decidedly Edwardian, dotted with white picket fences, the players looking dapper in their sweaters and starched whites, collars turned up sharply as they stood at slip awaiting a catch of flashing the ball past point. 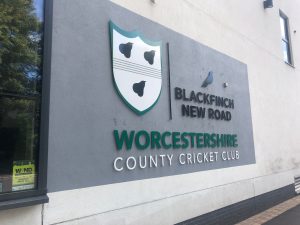 County cricket, and in particular its major venues, had been honoured in prose. Cardus, Arlott, Fingleton, Robertson-Glasgow. Lord’s, Trent Bridge, Old Trafford, Headingley, Edgbaston, The Oval. As a teenager, I wanted to go to these grounds and soak in the history. From later April to early September, England was the place to be, as far as I was concerned.

Briefly, in 1998-99, Star Sports showed occasional footage of county cricket. I remember watching the Hollioake brothers bowling in tandem for Surrey; Graeme Hick batting at New Road; and a young Yorkshire allrounder, Michael Vaughan, whom my father – sitting in his rocking chair in Bombay – said had the potential to play for England.

Sure enough, Vaughan was called up for the tour of England later that year.

In 1997, landing in London for the first time, I remember peering eagerly out of the flight window (I had asked for a window seat) and counting the number of cricket pitches I could pick out from above. There seemed to be so many. Having previously only watched live cricket at the Wankhede and Mohali, the greenery was overwhelming.

In 1999, my family again stopped over in London on the way to the US, and my father and I watched the two World Cup semi-finals. We also went to a day one of Surrey vs Lancashire at The Oval, in what was then the PPP Healthcare County Championship. As we walked through the turnstiles, I remember being overawed at how lush the grass was, and then how empty the stadium was.

Mike Gatting, suited and booted, engaged in banter with fans from the players’ enclosure not ten feet from where we sat. Players signed autographs and shook hands with fans. John Crawley, the Test batsman, lit up a cigarette while padded up, waiting to bat. An old man in front of us with a pint of beer and a scoresheet monitored every ball bowled. It was surreal.

In 2008, I returned to England as a reporter for Cricinfo, carrying a dog-eared copy of The Joy of Cricket. I went to Lord’s, The Oval, Tonbridge Wells and Uxbridge. I sat in press boxes I had once seen on television, and spoke to Mike Atherton and Christopher Martin-Jenkins. I watched county matches and some T20s and part a day of a Test match.

My next visit to England was in 2019, when I covered the World Cup. This time I saw more English cricket grounds, both international and county. On a rare off day, I got the train from Birmingham to Worcester just to visit New Road, the pretty little ground I had seen on television. It was worth it, just standing there looking at the ground with no one around, after walking through the gates without seeing a single person. That, in essence, was what my memories of county cricket were. Unobtrusive, played at a different pace, against pretty backdrops.

I hope it stays that way.