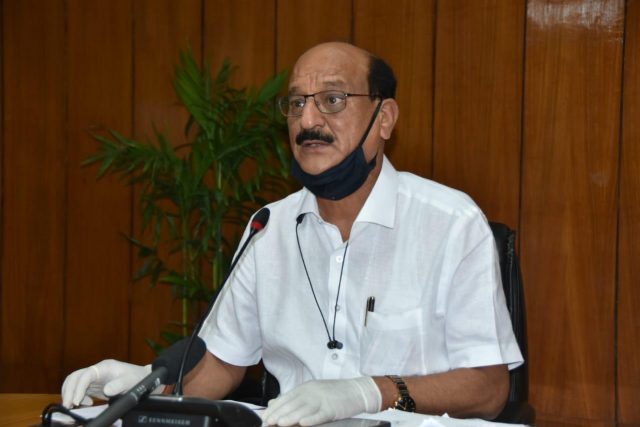 By Our Staff Reporter
Dehradun, 19 Jul: The Covid lockdown has been extended for another week in the state. Some further relaxations have been given during the lockdown that will continue over the next week. Briefing the media in this regard, today, Cabinet Minister and Government Spokesperson Subodh Uniyal revealed that shops and other commercial establishments would be able to open between 8 a.m. and 9 p.m. now. As per the existing restriction, they were permitted to open only till 7 p.m. Uniyal also stated that the condition permitting only those people from Uttarakhand to go to the hills who had a negative RTPCR report issued within the past 72 hours had been done away with. Now, Uttarakhand residents would be able to travel without any restrictions across the state.
Another major relaxation, Uniyal added was the decision to allow opening of cinema theatres, multiplexes and water parks up to 50 percent of their capacity. Uniyal did not elaborate, however, whether water parks included swimming pools or not.
The minister further stated that those coming to Uttarakhand by air would now not be required to carry a negative RTPCR test report if they had been fully vaccinated with two doses of Corona vaccines. But, at the same time, the mandatory requirement of RTPCR test for people coming from outside states would continue.
The restriction on only 50 persons attending marriages or funerals will also continue to remain in force during the lockdown. All the educational institutes, including the universities, would remain closed till further orders but online classes would continue. Coaching institutes would be permitted, however, to run with 50 percent of their capacity. Social, political, educational and cultural gatherings would not be permitted. Gymnasiums would continue to open with 50 percent of their capacity.

Garhwal Post has established itself as a credible, balanced and forward looking newspaper in India. Based in Uttarakhand, the daily is read by the aware, socially and culturally responsible, high-income elite of society.
Contact us: info@garhwalpost.in
conservative women dating m4m hook ups singles day airpods