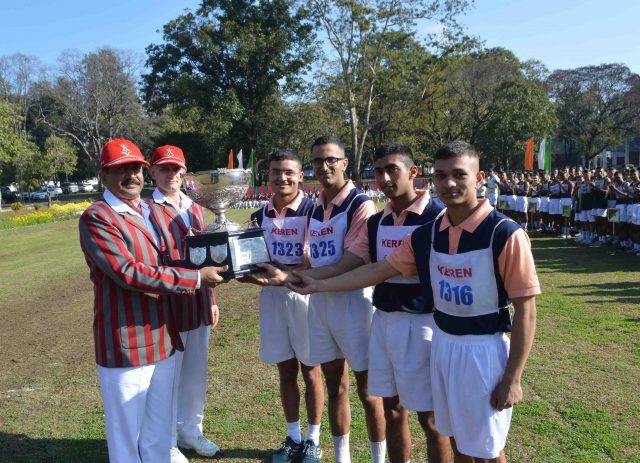 By OUR STAFF REPORTER
DEHRADUN, 3 Mar: The Inter Company Cross Country Championship is an event that tests the limits of physical endurance, determination and will power of a Gentlemen Cadet. The Cadets of the Second and Third Term have to run a distance of 12 kilometres inside the IMA campus in this Competition. Apart from the individual winners, the most important title is that of the ‘The Winning Company’. Each Gentlemen Cadet runs to make his company win as a team. The event fosters Esprit de Corps, camaraderie and bonhomie amongst Gentlemen Cadets. It’s an event of guts, strength, will power and stamina to achieve glory and victory for the company and the flag.
The Inter Company Cross Country Championship for Spring Term 2019 was organised on this morning in the IMA. It was flagged off by IMA Commandant Lt General SK Jha, who also awarded the winners.
The Winner of the Gold Medal was GC Prakesh Singh, who completed the run in 37.56 minutes. The Winner of the Silver Medal was GC Sanchay Ranjan (38:13 minutes). The Bronze Medal went to GC Peekendra Singh, who clocked 38:17 minutes. The Winner of the Inter Company Cross Country Championship Spring Term 2019 was Keren Company.