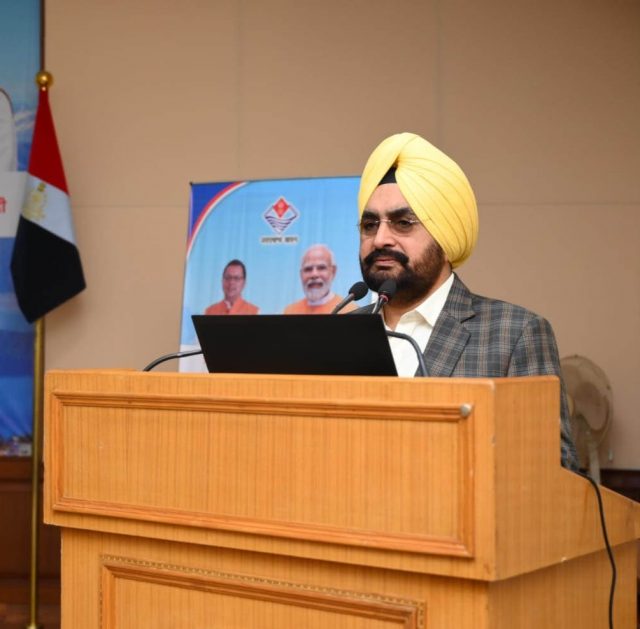 Mussoorie, 23 Nov: On the second day of the Chintan Shivir at the Lal Bahadur Shastri National Academy of Administration (LBSNAA), here, a discussion was held on the topics of agriculture-horticulture, tourism and forests mainly. During the discussion, Chief Secretary SS Sandhu directed all the officers in the opening address of the session that each should send a report within a week on this three-day brainstorming camp. He said that whatever new and innovative ideas were emerging in the camp would have to be considered comprehensively in the near future. 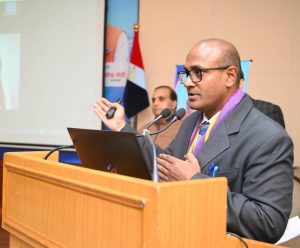 After this, a presentation on animal husbandry, dairy development and fisheries, agriculture and horticulture and employment was made by Secretary, Agriculture, BVRC Purushottam. During the presentation, he called for the need to bring reforms in the field of agriculture and horticulture. He stressed that there is a need to improve the quality of seeds used in the hill districts. Emphasis was also laid on improving the health of soil in the hills. Emphasising on pushing organic cultivation further, he said that at least 50 thousand farmers could benefit from this. He said that greater attention was required on additional resources, greater use of technology and innovation in hill areas. 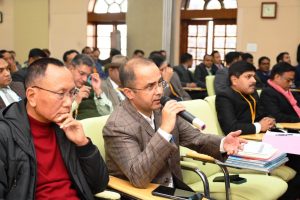 During the presentation, it was also pointed out that, at present, many departments are working in this area and there was a need to bring everyone together in achieving this goal. There is also a need to issue comprehensive Government Orders (GOs) covering every linked or connected department instead of the current trend of GOs being issued separately by each department. During the presentation, greater emphasis was also laid on the cluster farming approach and bringing in land reforms. It was emphasised that only this could encourage contract farming in the state. It was also stated that, in the next five years, there is a target to set up 5 Centres of Excellence in the field of 5 fruits.

During this, cluster-based agriculture efforts were specially appreciated by District Magistrate Dhiraj Gabryal in Nainital district, apart from the state-of-the-art home stay in Rudraprayag.

It was emphasised in the presentation that, to improve the livestock, better quality livestock ought to be imported from other states as well as also promoting the Badri cow. Improved livestock would lead to more employment opportunities. Apart from this, emphasis was also laid on developing Goat Valleys in 13 districts. On this occasion, a presentation on success stories (PM Gati Shakti) was also given.

Garhwal Post has established itself as a credible, balanced and forward looking newspaper in India. Based in Uttarakhand, the daily is read by the aware, socially and culturally responsible, high-income elite of society.
Contact us: info@garhwalpost.in
dating a recently widowed man meet american singles online https://garhwalpost.in/dating-profile-for-guys/