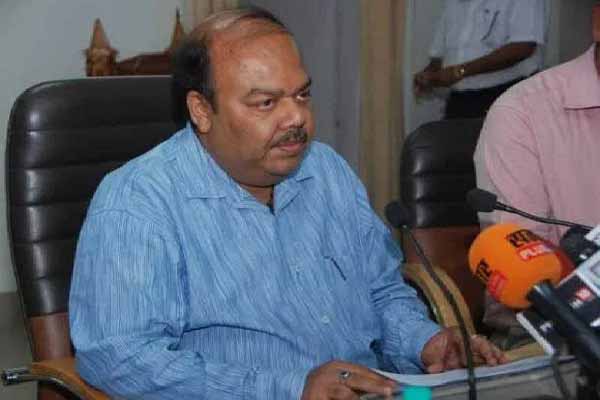 By Our Staff Reporter
Dehradun, 28 Sep: Chief Secretary Om Prakash today chaired a review meeting on the reforms being undertaken, in order to obtain additional credit of Rs 4,600 crores from the Centre.
At a review meeting held at Veer Chandra Singh Garhwali Auditorium in the Secretariat, Chief Secretary Om Prakash stressed on expediting reforms and improvement particularly in four areas to become eligible for obtaining additional credit facility of 2 percent of GSDP, roughly estimated to be around Rs 4,600 crores. These reform measures are to be undertaken in accordance with the directions of the Union Ministry of Finance.
For this, under the Ease of Doing Business scheme for the state, district level business reforms and the process of renewal are required to be made transparent or abolished; as also faster implementation of One Nation One Ration Card, and reforms related to ‘Strengthening Urban Bodies’; also those related to the ‘Power Sector’ – all of which are to be completed by December 2020.
Om Prakash directed that all departments complete the reforms related to their departments within the stipulated time. A concrete action plan had to be worked out so that all the tasks could be completed in time. He said that progress in this regard also be reviewed continuously as per the action plan. He directed that a Forest Land Settlement Officer be appointed in each district in order to speed up the disposal of forest land cases. He also expressed displeasure at the delay in the process of mutation after registry, and directed it be speeded up.
The Chief Secretary said that the work of Aadhaar seeding should be completed by October 20, by accelerating implementation of the One Nation One Ration Card Scheme. It was disclosed that, at present, Aadhaar seeding had been completed of about 98 percent ration cards. The Chief Secretary also instructed all departments to monitor the reforms at their level and also inform his office and that of the Additional Chief Secretary, Micro Small Medium Enterprises, about the progress in this regard. He instructed all departments to set time limits. He said that, according to the standards set by the Government of India, compliance ought to be ensured and sent to the Government of India within the time limit, so that the State could get sufficient time for utilisation of 2 percent additional amount in relation to GSDP.
The meeting was attended by Additional Chief Secretary Manisha Panwar, Secretaries Radhika Jha, Nitesh Jha, Dilip Jawalkar, Saujanya and Harvansh Singh Chugh.